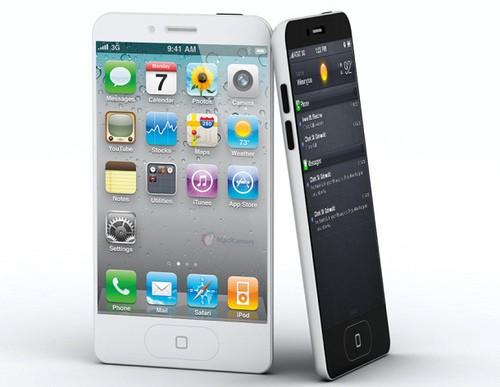 Christmas came early for T-Mobile customers wishing their service provider would start carrying Apple devices. On Dec. 6, T-Mobile’s Germany-based parent company Deutsche Telekom announced in a press release that it will begin selling Apple products in 2013. Apple spokeswoman Natalie Harrison confirmed the news with The Loop the very next day.

“In the coming year, T-Mobile USA will continue to reinforce its market presence with additions to its rate plan and product portfolio, including Apple products,” Deutsche Telekom said in its press release.  “Following on from the preceding steps such as the spectrum swap with Verizon, the towers deal with Crown Castle and the transaction with MetroPCS that we have announced, we have now added the final piece to the jigsaw to boost the competitiveness of T-Mobile USA sustainably,” said Deutsche Telekom CEO René Obermann, who is also the company’s Chairman of the Board of Managers.

T-Mobile probably felt left out in 2012, as Apple released its newest iOS devices — including the iPhone 5, iPad Mini and iPad 4, all LTE-capable for the first time — on a greater number of carriers. And yet, despite Deutsche Telekom’s immense presence in Europe, and even here in the US, the company simply did not feel its mobile communications subsidiary needed to sell the iPhone or iPad to make a profit.

T-Mobile customers had long urged the cellular company to adopt the iPhone, but the reason the company likely waited until now to get involved is because the latest iPhone, as well as the latest round of iPads, are all compatible with the high-speed LTE network, which T-Mobile is also focusing on expanding across the globe. Working with Apple customers will certainly help the company spread its network across the globe.

“Hesitation now means playing catch-up later,” Obermann said. “We are investing in the future – with resolve and a clear strategy. The investment plans we have presented today will lay the foundation for future growth. And it is the people in Germany in particular who will benefit more than ever from the modern infrastructure.”

What’s interesting to note about Deutsche Telekom’s press release is that the company makes absolutely no mention which “Apple products” it plans to sell in 2013. We may assume T-Mobile will support the next-generation iPhone and iPad starting next year, but it’s possible Apple may only let T-Mobile sell its older models. This possibility, however, is unlikely, considering Apple’s burning desire to get its devices into the most hands as possible. Selling older models through T-Mobile doesn’t give those customers as much of an incentive to sign a contract with this particular carrier.

According to a Nov. 19 report from DigiTimes, Apple will release the successors to the iPhone 5 and iPad 4 “around the middle of 2013.” The report came six days after China’s Commercial Times reported on Apple’s alleged plans to begin “trial production of a new version of its iPhone 5,” which it called the “iPhone 5S,” rather than the “iPhone 6.” No name for the next-generation iPhone has been appointed by Apple, and it won’t receive an official name until its eventual unveiling.