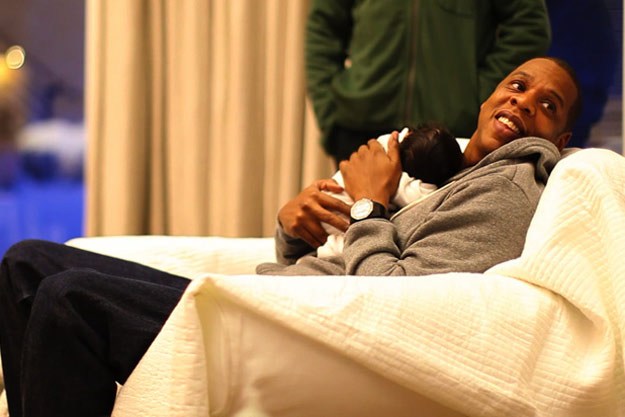 Superstar couple Beyoncé and Jay-Z were eyed carrying their little Blue Ivy wrapped up against the icy weather in the West Village today, just weeks after they posted lovable photos of the newborn online. This was the first time the superstar and her husband have been seen together in public with their little bundle of joy heading into Sant Ambroeus restaurant for some lunch today.

Blue Ivy came to the world last month at Lenox Hill Hospital but had been kept away from the public until Feb. 10, when the couple posted poignant photos of the newborn online, along with a heartfelt note.

Little Blue Ivy surely hasn’t caught up either singer. It was reported that Beyoncé is working on two projects to be released later this year, while Jay-Z said he planned to work in December this year on a solo project and also on a new album with Kanye West.

When Beyoncé announced last Aug. 28 during the MTV Video Music Awards that she was expecting it triggered 8,868 tweets per second, setting a Twitter record.