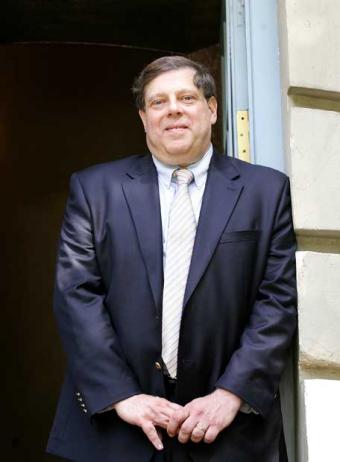 Political operative Mark Penn helped Bill and Hillary Clinton; Tony Blair; and Bill Gates. Can he do as much to help Microsoft?

On the surface, it looked like another routine personnel move with a new corporate suit moving into the executive suite, but Microsoft’s decision this week to hire former Clinton political operative Mark Penn as a vice president in charge of “strategic and special projects” — whatever that means — may turn out to be one of the more profound decisions the company takes this year.

Penn’s hiring doesn’t come out of the blue. He’s joining a company at a critical point in its evolution (Dare I say transformation?). For some time now, Microsoft, a company with historical roots in the enterprise, has tried assiduously to keep pace with the accelerating shift in computing toward more mobile — and consumer-facing — technologies. This began a few years ago when Redmond finally understood that Apple had the right idea and it needed to follow Steve Jobs’ lead (naturally, without admitting anything of the sort). Microsoft being Microsoft, the transition has been anything but smooth.

When it comes to engineering chops, Microsoft is on a par with its peers. Signing up smart talent has rarely been an issue. Which inevitably raises the eternal barroom conversation-starter: Why can’t this company consistently create products that seduce and dazzle consumers the way Apple does? Of course, the reality is more nuanced than that.

No argument that Microsoft has turned out its share of consumer clunkers over the years — a list of all-time forgettables highlighted by the likes of Microsoft Bob, the Kin, and the Zune. But those embarrassments are more than counterbalanced by the success of the Xbox and Kinect, both now billion-dollar businesses. And looking ahead, the more recent product debuts of Windows 8 and the Surface tablet were accompanied by warm reviews, promising harbingers when the products finally wind up in consumers’ hands.

Back to Penn, whose move to Microsoft I find intriguing. A brief review of Penn’s CV reveals a blue-chip roster of clients, including the likes of the Clintons (Bill and Hillary) and former British Prime Minister Tony Blair, as well as Bill Gates (which may explain the Microsoft connection.) He most recently served as CEO of the public relations firm Burson-Marsteller. Now he’ll be working directly under Steve Ballmer. This is where things get interesting.

“Mark brought great strategic insights and a strong focus on communications grounded in data that raised the bar for Burson’s work on behalf of our clients,” former aide to George W. Bush and current global vice chair of Burson-Marstellar, Karen Hughes, told POLITICO.

With Penn, Microsoft is betting he’s the man who can craft the big message, and that his experience in the art of predicting the public mind and shaping a compelling narrative can translate into bigger sales. The first task for Microsoft’s newest strategist: The Bing search business, where Microsoft remains far behind Google. If Penn can work any minor miracle to close that gap, expect Ballmer to turn him loose. The question is whether Penn’s particular brand of expertise will prove to be a help or hindrance when it comes to selling tech products.