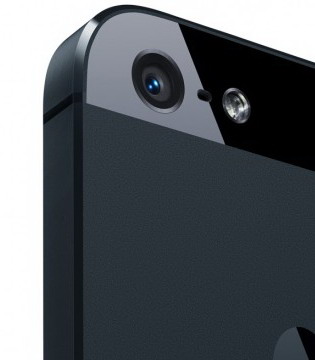 The iPhone 5 camera uses an 8-megapixel sensor from Sony, ChipWorks found. Sony has been on a roll with its camera image sensors, and a close look by ChipWorks shows that the iPhone 5 uses one of its products for the main camera.

A close-up photo shows the Sony brand name on the 8-megapixel sensor at the heart of the camera.It’s not a big surprise: Sony is very competitive with image sensors these days, and former Sony CEO Howard Stringer let slip earlier this year that Sony was supplying camera technology to Apple. But the iPhone 5 has two cameras, of course. The lesser one, a front-facing camera for videoconferencing software such as Microsoft’s Skype or Apple’s Facetime, uses a sensor from Sony competitor Omnivision, ChipWorks found. The bottom line: The iPhone 5 completely rebuilds the iPhone on a framework of new features and design, addressing its major previous shortcomings. It’s absolutely the best iPhone to date, and it easily secures its place in the top tier of the smartphone universe.