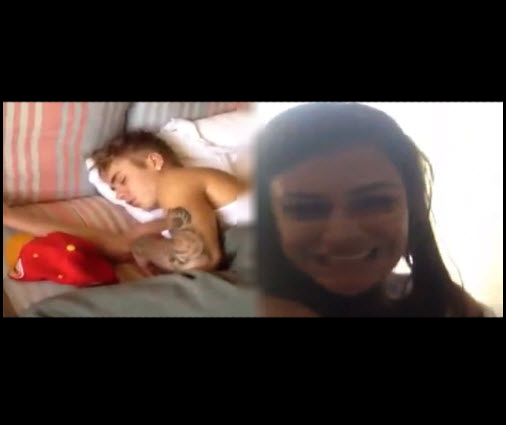 Days after attempting to conceal his identity by throwing bed sheets over himself to get in and out of a Brazilian br*thel, Justin Bieber Exposed has just landed in an even stickier pro*titute-based situation.

As TMZ reported, “Justin had rented a home outside of Rio to stay at during his concert in Brazil. After his show, JB threw an after-party and invited roughly 50 people. At some point during the shindig, Justin fell asleep on a couch and one of the partygo*rs shot footage of the singer sleeping.”

What do you think?