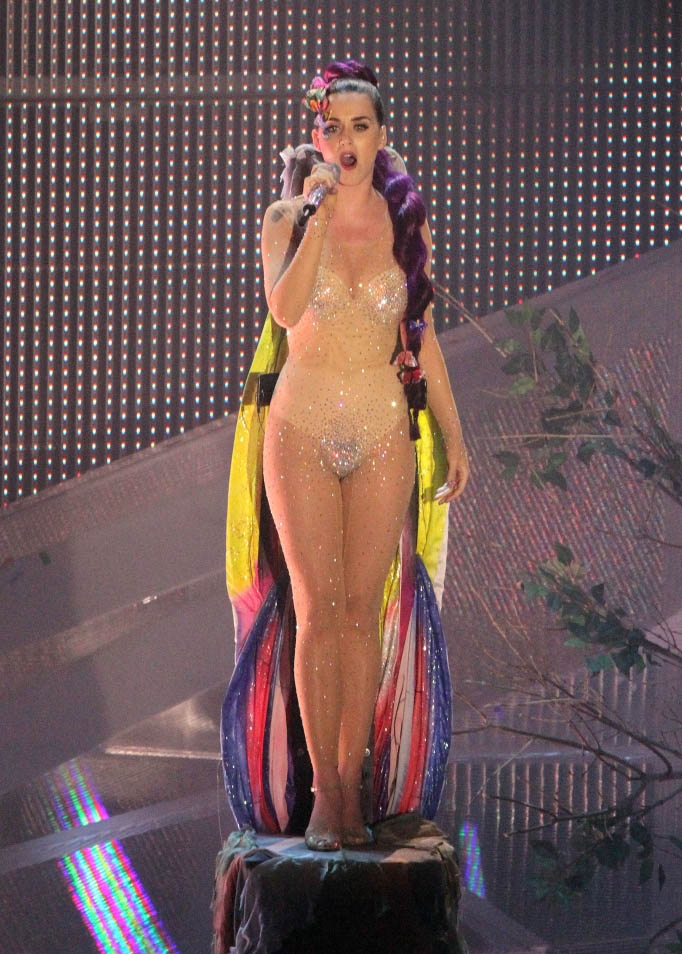 Katy Perry stepped out in a slew of eye-catching ensembles Sunday night at the MuchMusic Awards in Toronto, Canada, but it was her n*ude bodysuit that may have been too risque, even for the outlandish pop star.

Realizing the get-up was a bit too revealing, a purple-haired Katy, attempted to cover her butt with her award after performing “Wide Awake.” Luckily, during her performance, her bum had been hidden by butterfly wings.

The singer — who’s documentary, Part of Me, hit theaters July 5 — followed up her wardrobe malfunction with a series of tweets.

I just twerked it out with 8 youngin’s of me on the red carpet for the MMVA’s. I’m the new octo momma #butnotgettingnaked #yet