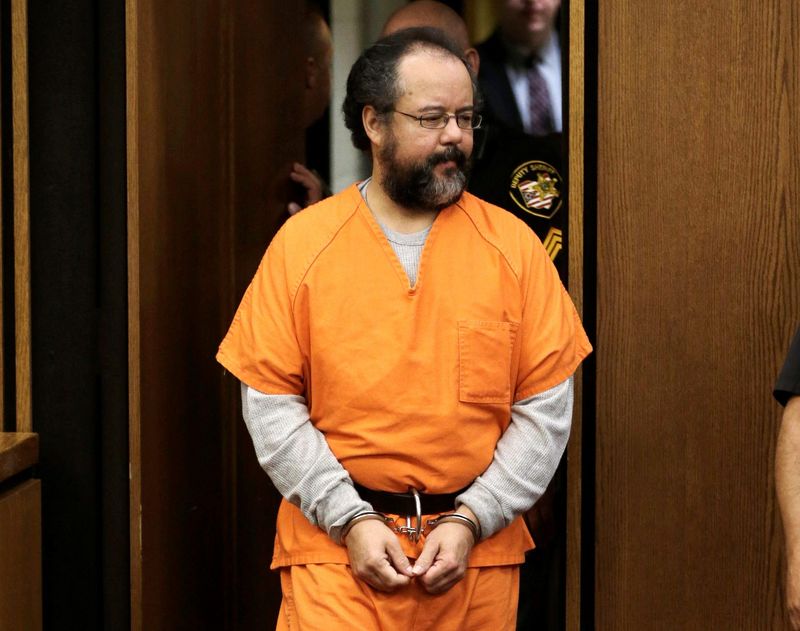 Ariel Castro, the Cleveland man and self-confessed sexual predator who kidnapped and abused three women for over 10 years, was sentenced to life plus 1,000 years.

Castro originally pleaded not guilty to 977 counts of rape, kidnapping, abuse and murder. In the end, he accepted a plea bargain to avoid the death penalty by pleading guilty to 937 of the counts. He was held on $8 million bail for the kidnappings of Michele Knight, now 32, Gina DeJesus, now 22, and Amanda Berry, 27 starting in 2000.

Castro admitted that his actions were “wrong,” but he also argued that the “accusations that I would come home and beat them” are “totally wrong.” He said, “I’m not a monster. I’m just sick. I have an addiction. Just like an alcoholic has an addiction.”

“God as my witness, I never beat these women like they’re trying to say that I did. I never tortured them,” he said.

“I’m a happy person inside,” he added.

Castro is also prohibited from seeking, making, or accepting any kind of “profit” whatsoever from his exploits — no books, articles, movies, interviews, electronic, in-person visits from journalists, writers, scholars, or otherwise.

Castro was also ordered to never, under any circumstances, contact these victims again – by any means or methods. At this point, again, Castro raised his voice. He wanted to know did that particular order include his six-year-old daughter (whom he loved so well — the daughter conceived via rape). “Yes,” the judge said without the slightest hesitation. “She is just as much a victim here as are the others.”