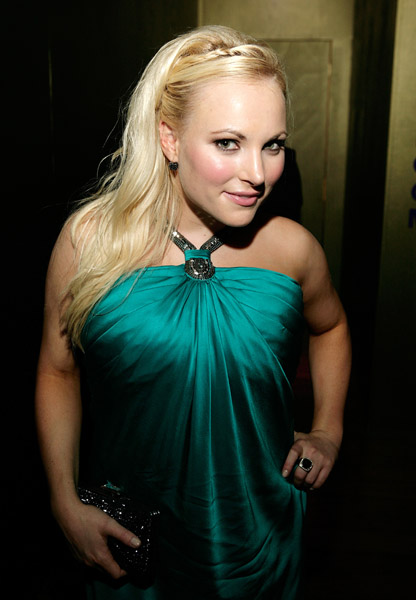 Meghan McCain, the daughter of the Senator John McCain, tells about her “personal” life in the latest issue of the men’s famous magazine “Playboy”. She talked about hot men and she said “When I’m dating, I want to hear what music a guy likes, what he does for fun, and I want him to make me laugh. If he can make me laugh, I don’t care if he looks like Zach Galifianakis; it’s an instant turn-on.”

Ever since the 2008 presidential campaign, the 27-year-old has become a political guru. She has hardly ever been seen shying away from the camera flashes. In her interview she opened about her “personal” life and told media that she’s a lesbian and she spent several nights in her girlfriend’s house before the 2008 election.

McCain said that she gets paranoid, when she’s wearing low-cut dresses, and somebody’s going to take her picture and put it on the Internet and say like, ‘Meghan was showing off her breasts again.’ But Meghan said that showing a little cleavage can make a girl feel sexy too.