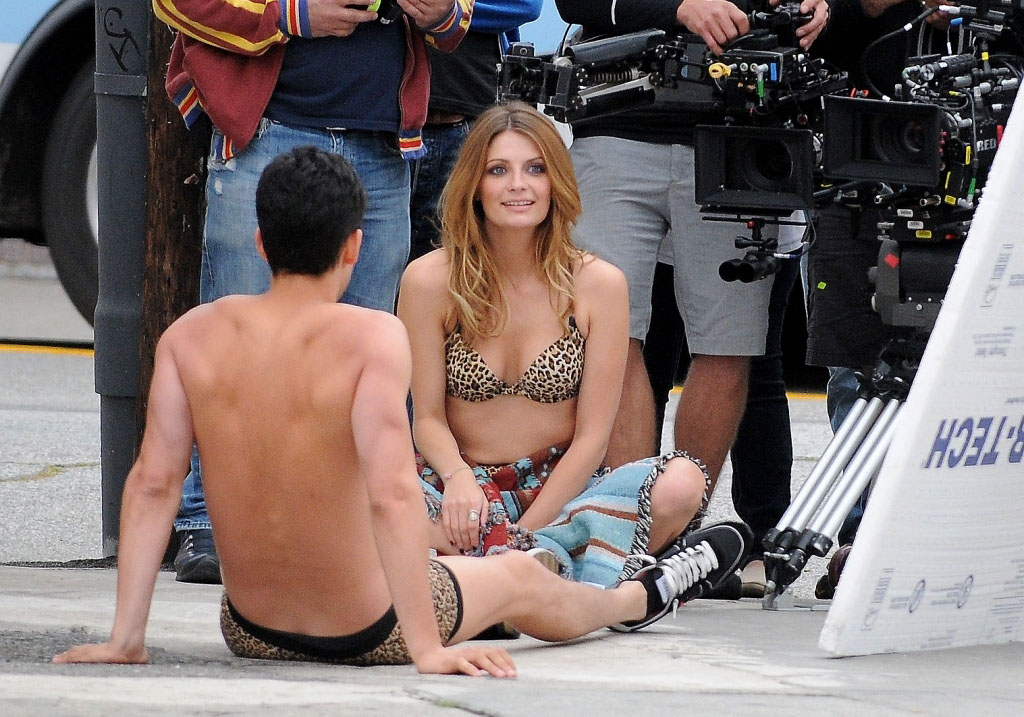 Mischa Barton decided to strip down to her underwear while shooting a music video.

Wearing just a leopard print bra and underwear, the 26-year-old actress showed off her slim figure and midriff as she and a male co-star filmed Noel Gallagher‘s video on the busy streets of downtown Los Angeles.

Between takes, she was all smiles — and didn’t seem to mind all the eyes ogling her nearly naked body.