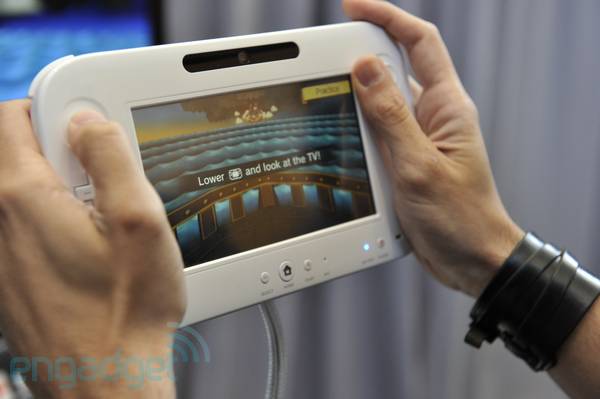 The Wii U can be controlled by a new touchscreen game pad that can also run games on its own. Nintendo has revealed it will launch two versions of its Wii U console in Japan on 8 December and in the rest on countries on November 18. The basic edition will cost 26,250 yen ($ 337; £210) and a premium version 31,500 yen ($ 405; £251). Details of the international release will be discussed in New York later.

Nintendo’s stock has fallen 29% since March on fears users may opt instead for updates to the Xbox and PlayStation consoles, expected to be announced in 2013. The difference between the two versions of the Wii U is that the basic model features 8GB of storage, while the premium version has 32GB and additional stands for the games machine and its touchscreen controller.

Consumers wishing to buy an additional GamePad controller will have to pay 13,000 yen ($ 167; £104). The device features a touchscreen offering players to ability to carry out in-game tasks, such as checking their inventory or setting an explosive, while the main action continues on their television. Gamers can also continue to play a title using the device when they do not have access to their main screen. Nintendo has claimed it would help “revolutionise” gaming. However, the gadget has been criticised for lacking multitouch – the ability to recognise different fingers on a hand. It also faces a challenge from both Sony and Microsoft who have introduced similar facilities for their existing consoles: the PlayStation 3 can be controlled by the firm’s Vita handheld, while the Xbox 360 can be connected to existing tablet computers via software called SmartGlass.

Nintendo’s president, Satoru Iwata, highlighted the fact that the Wii U would launch alongside New Super Mario Bros U – the first time a title in the series’s release date had coincided with a new console in 16 years.