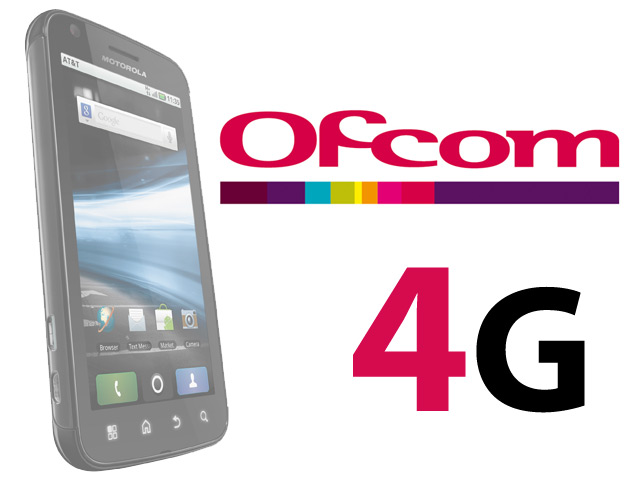 Ofcom has unveiled plans for the auction of spectrum which will pave the way for the launch of 4G (fourth generation) mobile networks in the United Kingdom. The telecoms regulator has now set itself a rough deadline for auctioning 4G spectrum in the U.K., saying the sale is “set to get underway by the end of 2012”.

Once the auction takes place, operators are expected to establish 4G networks using the auctioned spectrum from the middle of 2013, and to start offering 4G services to consumers later that year. The telecoms regulator also promised that 4G in indoor locations will reach 98 percent of people in “villages, towns and cities” across the U.K. by 2017.

In order to maintain a competitive market, Ofcom has said it will reserve some of the 4G spectrum band for a fourth national wholesaler, to ensure that another body other than the three largest mobile operators in the U.K. — Everything Everywhere (the company behind the T-Mobile and Orange bands), Vodafone and Telefonica-owned O2 — will get access to some of the spectrum. There is a possibility the reserved spectrum may be auctioned to Hutchinson’s 3 network, or it could be a new entrant altogether.

“The 4G auction has been designed to deliver the maximum possible benefit to consumers and citizens across the UK. As a direct result of the measures Ofcom is introducing, consumers will be able to surf the web, stream videos and download email attachments on their mobile device from almost every home in the UK.”

At least two spectrum bands will be offered at the auction — 800 MHz and 2.6 GHz. The lower frequency is best suited to widespread mobile coverage, whereas the higher frequency is used to deliver connection speeds of up to 100Mbps to mobile devices.

Ofcom it will auction off 80 percent more spectrum than its last sale in 2000, when it auctioned off 3G spectrum, raising £22bn for the U.K. treasury. Third-generation services were rolled out three years later.