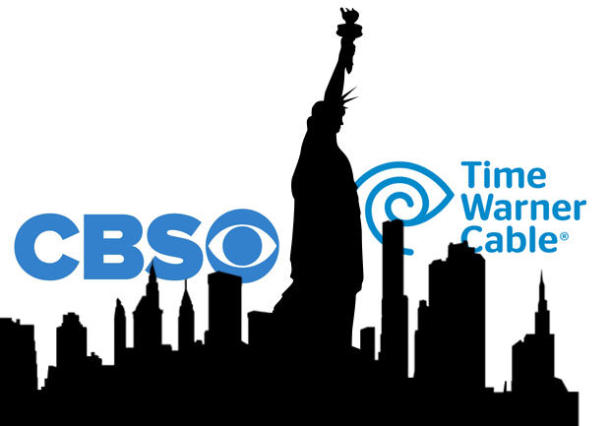 U.S. broadcast network CBS took its dispute with Time Warner Cable to the Internet and blocked by CBS, blocking access to shows on the CBS.com website for the cable operator’s customers in New York and Los Angeles. The move followed Time Warner Cable’s decision on Friday to drop CBS from its systems in those markets and some others, an escalation of a weeks-long fight over the fees it pays to carry the network.

CBS’s retaliation showed the increasingly powerful position content owners enjoy online. Time Warner Cable controls access to CBS programs seen on TV, but it is powerless to do the same for its online customers.

CBS, home to hits such as “The Big Bang Theory” and “NCIS,” said online access to full episodes of CBS shows was suspended for Time Warner Cable customers “as a result of Time Warner Cable’s decision to drop CBS and Showtime from their market.”

“As soon as CBS is restored on Time Warner Cable systems in affected markets, that content will be accessible again,” a company statement said. Time Warner Cable spokeswoman Maureen Huff said CBS had shown “utter lack of regard for consumers” by blocking access for the cable provider’s customers.

“CBS enjoys the privilege of using public-owned airwaves to deliver their programming – they should not be allowed to abuse that privilege,” she said. Consumer advocacy group Public Knowledge said CBS’ decision to block online access was “consistent with what we’ve heard from some elements of the broadcasting industry recently – they simply place little value on their over-the-air viewers.”

“They are in the cable programming business, not the broadcasting business, the group added. “It is no longer clear why broadcasters of this kind should continue to hold the billion-dollar licenses the public gave them for free, if they no longer want to use them for their intended purpose.”