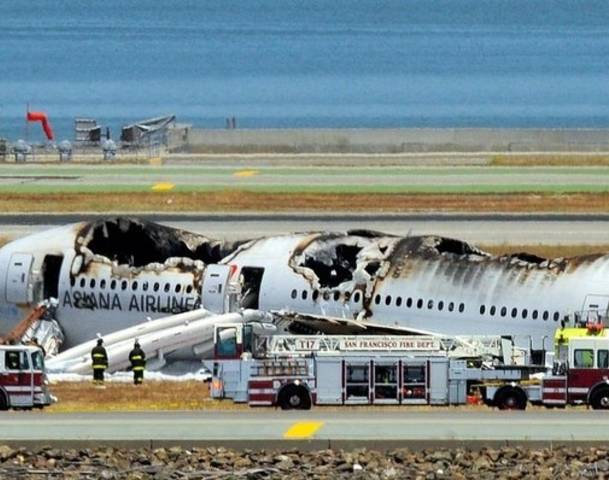 During numerous press conferences and interviews Tuesday, National Transportation Board Chairman Deborah Hersman explained why the NTSB released information about the Asiana Crash 777 jetliner over the weekend.

“One of the hallmarks of NTSB’s investigations is our transparency,” Hersman said, defending the NTSB’s move that has been criticized by the Airline Pilots Association. “We have a standard process for going to accident sites and providing briefings. Information that we release is factual in nature and it’s not subject to change throughout the course of the investigation.”

A big bone of contention for the pilot’s union was the fact that NTSB discussed conversations heard on the black box just seconds before the crash when the pilots talked of aborting the landing. The action was too late, due to reduced speed and being too low for a safe landing, so the plane carrying 291 passengers crashed on the runway, killing two young girls.

“It is imperative that safety investigators refrain from prematurely releasing the information from on-board recording devices,” the pilots’ union statement said, as reported in Transportation E-News. “We have seen in the past that publicizing this data before all of it can be collected and analyzed leads to erroneous conclusions that can actually interfere with the investigative process.”

But Ms. Hersman defended the actions by saying the conversations were between the two pilots, not “official communications with air traffic control officials.”

During the NTSB news conference Tuesday in San Francisco, Ms. Hersman also revealed the pilots were not drug tested after the crash. Apparently, federal regulations require such testing of critical crew members after an accident, but it doesn’t include foreign-licensed pilots, such as the four South Korean pilots on board. “We made inquiries after our arrival on the scene,” Hersman said.”None of the crew members of Asiana Flight 214 were tested for drugs and alcohol post-crash.” She said their investigation will include looking into the federal laws, but such actions are currently not required.

Talks of lawsuits have also surfaced, with questions of litigation jurisdiction being a major concern, since it was a foreign-based jetliner landing on US soil and most of the passengers were not American. According to a report in The Wall Street Journal, lawyers can’t contact victims or their family until 45 days after a crash occurs and settlements are often made during that time. Under the Montreal Convention, it’s likely each passenger could receive automatic insurance payments of $150,000 in damages from Asiana. However, passengers can sue for more money if they can show the airline was at fault for the crash. Regardless of the jurisdiction issue, Ladd Sanger, an aviation lawyer and commercially rated pilot, said, “I think there’s a good argument that everyone on that airplane could bring a case in the US.”

Surprisingly, legal experts say that findings by NTSB investigations are not admissible in court, even in the conclusion of pilot error. But it’s possible for passengers to proceed with claims on other grounds, including litigation against a manufacturer. In related news, it was determined that two flight attendants were thrown through the rear opening after the plane’s tail was torn off on impact with the seawall and they both survived.