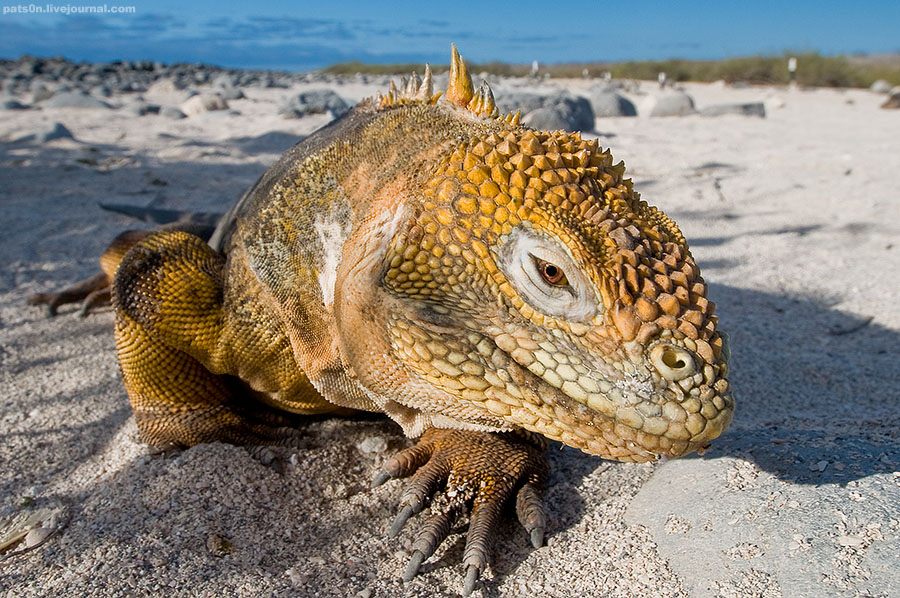 Rare Galapagos Creatures Face Insidious Threat From Non-Native Invaders : Some land animals, fragile ecosystems and marine life unique to the Galapagos could literally be facing death-by-tourism and invasive organisms over time, say marine biologists. The distinctive set of Islands are besieged by boats and planes that increasingly bring in opportunistic hitchhikers, from people carrying miniscule particles on their shoes to disease-spreading mosquitoes that swarm around the deck lights on cargo ships.

The Galapagos Islands, according to Professor Terry Dawson, are in danger of “invasive species becoming one of the greatest threats to biodiversity on a global scale. The Galapagos islands are particularly vulnerable due to the fact that much of the indigenous wildlife has evolved over millions of years in the absence of predators, competition, pests and diseases, which makes them very susceptible to the negative impacts of aggressive non-native species.”

Charles Darwin was the first to study marine animals, birds and other wildlife on the islands in 1835 during the voyage of the Beagle. His intent was to survey harbor approaches, but as a young geologist and naturalist, Darwin wrote down observations he made during land excursions to numerous islands, particularly finches and tortoises. During his study, he found that many groups were unique to the islands and not found anywhere else. As a result, Darwin wrote The Origin of Species, which explained natural selection and evolution.Scientists from the University of Southampton and Dundee will be studying the potential hazard under a grant from the UK government’s Darwin Initiative, which will explore a range of ideas on how to protect marine and land wildlife from unwelcome entities.

“Invasive, non-native species can cause huge damage to local ecosystems and I am delighted that action is being taken to monitor this threat,” said UK Environment Minister Richard Benyon as quoted in Science Daily.Project leader Dr. Ken Collins, based at the National Oceanography Center said: “We are trying to protect marine biodiversity by identifying newly arriving species to the Galapagos, assessing if they have the potential to compete for space and overcome other species.”

Indeed, the non-native Indian Ocean lionfish, a venomous coral fish, has become a known culprit after the unintentional release of many into the sea from a domestic aquarium. Studies have shown the non-native fish has spread throughout the entire Caribbean, feeding on coral-reef fish populations. The lionfish lives up to its name by eating fish far bigger than itself.The research team will take part in the first underwater survey of the Galapagos capital port in an effort to establish control measures and preempt the dangers of invasive species that could conceivably endanger vast and extraordinary natural treasures.