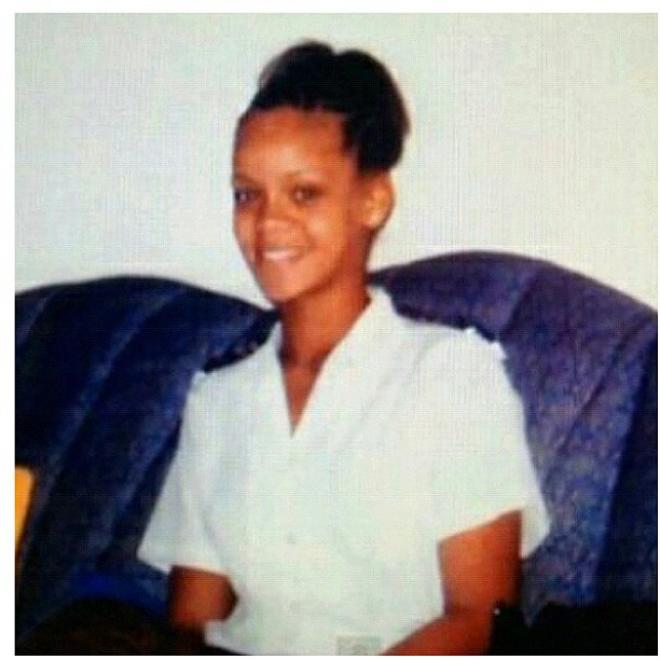 With three Grammy nominations this year, Rihanna seems to be in great spirits, deciding to share old photos of herself on Twitter. While many of the photos seem to be taken within the last several years, Rihanna also posted pictures from when she was a young teenager.

Rihanna started posting the pictures after expressing her excitement for being nominated for the coveted awards. “Congrats guys, we got #3 Grammy Nods!!! #ThugLife,” she wrote. Meanwhile, Rihanna may be taking time off in the near future — to have a baby.

According to Perez Hilton, a source told the gossip site, “She asked her record company when the best time would be for her to take off, as she wants a baby. “They just stared at her. Everyone was pretty open-mouthed. But she hasn’t got any time free in her diary until 2014.”

Rihanna has yet to confirm whether she really plans to have a child. Additionally, Rihanna has already made her upcoming vacation plans, and according to gossip site Examiner, Rihanna booked an exclusive villa in her homeland. She plans to spend the holiday with Chris Brown and their parents. Rihanna has already been seen recently going out with Brown’s mother.

A source close to the couple told Heat magazine, “She’s booked him and his mum into a five-star villa in Barbados over New Year so they can all get some downtime with her family. “While no one else can understand it, she’s convinced that Chris is the love of her life and her soulmate and that they’re simply meant to be together.

“The more the public criticizes Rihanna for getting back with Chris, the more determined she is to do whatever she wants. But they’re unrepentant and they want to show the whole world that they’ve moved on from what happened in 2009,” the source went on to say.