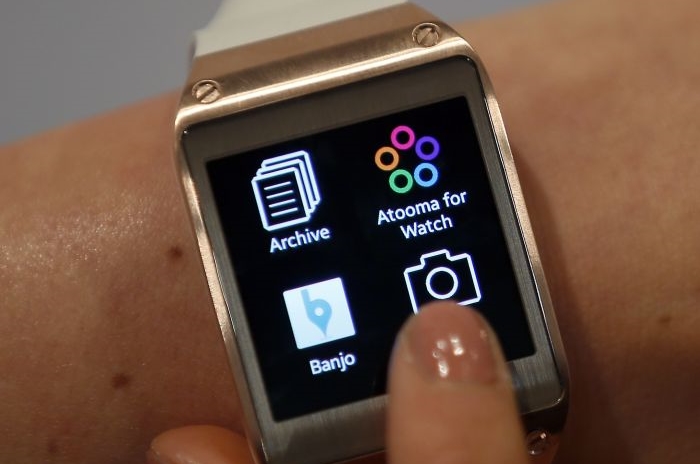 Samsung Galaxy Smartwatch is unveiled. It’s a  smartwatch with a colour screen that can show alerts, be used for voice calls and run apps.

The Galaxy Gear had been highly anticipated since the firm is currently the world’s best-selling smartphone maker and has beaten Microsoft, Apple and Google to unveil such a device. Samsung called it a “fashion icon”.

However, analysts warned that a decision to limit the watch to working as an accessory to other Galaxy Android devices might limit its appeal. Samsung has previously said growth in the sales of its handsets was slowing, so investors are eager to see if it can find another successful product.

It unveiled the watch – which will go on sale from 25 September – at the Ifa consumer tech show in Berlin. “The introduction of the Galaxy smartwatch comes as no surprise to the industry, which has been expecting Samsung to beat the likes of Apple – as well as watchmakers and other consumer electronics companies – to market,” said Chris Green, principal technology analyst at the consultancy Davies Murphy Group.

“Consumers might be a bit disappointed to find that the smartwatch is a partner device reliant on being paired with a Samsung Android smartphone or tablet, rather than being the completely autonomous media and communications device many consumers were expecting and hoping for.”

The South Korean firm’s approach contrasts with that of Sony, whose forthcoming Smartwatch 2 can be paired with any device running Android 4.0 or higher. But one industry watcher said Samsung’s decision should not be a surprise.

“Samsung is trying to build its own ecosystem, so why do something that brings value to somebody else?” asked Carolina Milanesi, an analyst at tech advisers Gartner. “Although the price of the Galaxy watch is high there’s not going to be great margins as there’s lots of technology going into it.”
Samsung says the Galaxy watch will cost about $300. That is the equivalent of £190, although the firm has not announced a UK price yet. However, it is already clear it will cost more than Sony’s £120 device.