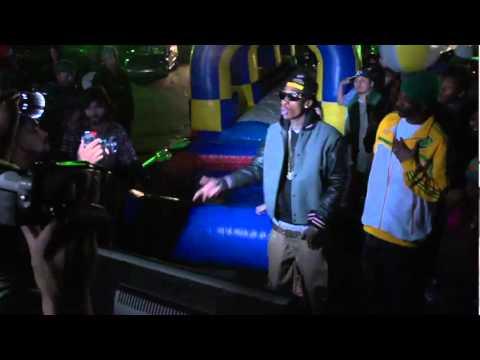 “Young, Wild & Free,” the first taste of the soundtrack to Snoop Dogg and Wiz Khalifa’s forthcoming buddy comedy “Mac And Devin Go To High School,” is a weed rap song from two of hip-hop’s favorite stoners. The drums groove but the twinkling piano overpowers them, leaving the track swooning in a haze of nostalgia as Bruno Mars delivers a carefree choral hook. The Doggfather and his young apprentice trade green-friendly verses in which Snoop reminisces – “It’s like I’m 17 again / Peach fuzz on my face /Lookin’, on the case /Trying to get a hella taste” – while Khalifa handles most of the boasting.