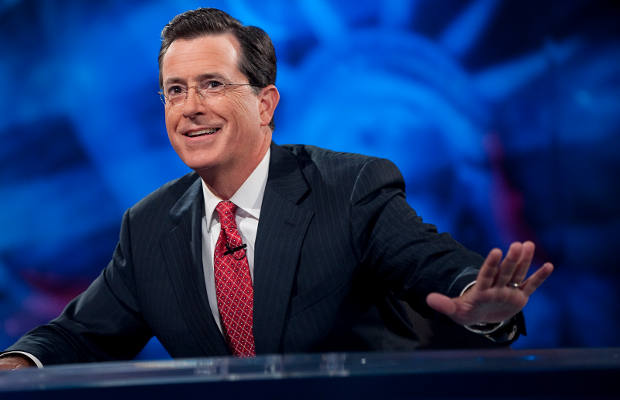 Any fan of the funny man knows, the 48-year-old is a huge fan of the works of Tolkien. In fact, the Colbert Report host has flexed his knowledge of his books on the air, including his wonderfully nerdy showdown that he had with James Franco last year, so this news is nothing short (no pun intended) of a delight.

Colbert has already alluded to the possibility of a cameo in the Hobbit franchise (Jackson has, to the indignation of some fans, opted to make the book into three films) during an interview with Playboy this month. While discussing his love for Tolkien and Lord of the Rings, the New York Times bestselling author mentioned, “Peter Jackson invited me to the [New Zealand] set last year. I flew out and watched them shoot some scenes and went to some locations. I saw a 25-minute cut, and it was amazing. Jackson knows I’m a big fan of the films.”

When asked by Playboy if he has a part in the movie, Colbert gave a smile and said nothing more than, “Could be.” (For the record, this is the appropriate reaction to such a tease.) There’s no word on who Colbert would be playing in the saga, though if he has transformed into a Hobbit, he’s already got the humor down pat.