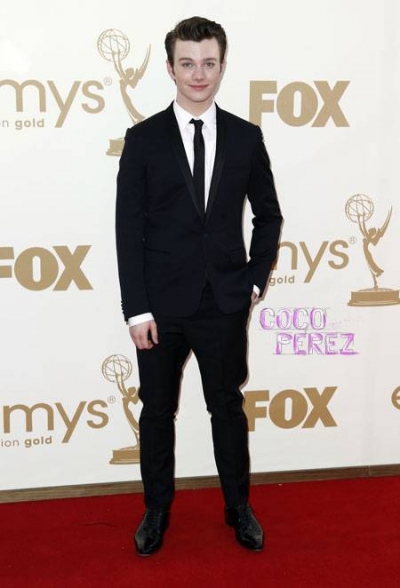 Chris Colfer not only stars in the upcoming comedy, but he also wrote it. He plays a high school outcast who blackmails his fellow students into contributing to his literary journal. Allison Janney costars as his not-so-happy mom, with his best friend played by Rebel Wilson, the hysterical Aussie funnylady best known for playing one of Kristen Wiig‘s roommates in Bridesmaids.

Rounding out the cast is Modern Family‘s Sarah Hyland, along with Dermot Mulroney and Mad Men bombshell Christina Hendricks.