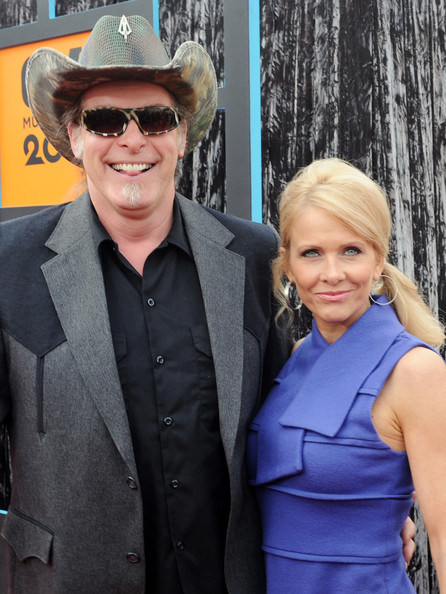 Ted Nugent‘s wife says she carried a loaded handgun through airport security this week BY ACCIDENT … a gun she owned because of death threats she had been receiving … this according to the police report stemming from her arrest.

But according to the police report, she didn’t just bring the gun into the terminal … she actually left it in her carry-on bag to bring it onto the plane … and it was LOADED. TSA screeners said they spotted the Smith & Wesson 38 special revolver on an x-ray monitor, and when police inspected Deziel’s luggage, they noticed it was loaded with 5 rounds of ammunition with an additional 10 rounds packed in a side pocket of her bag. Shemane said she had forgotten the gun was in her bag, but stated she had a concealed handgun license in Texas. (Source: TMZ)