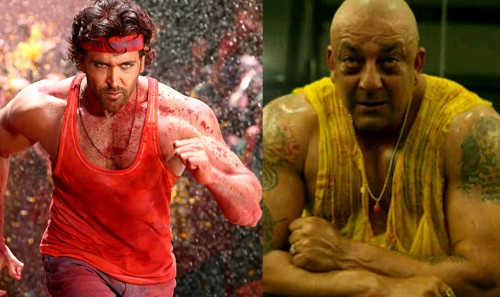 If Chikni Chameli was not enough to set sky-high expectations from Agneepath, the second trailer raises the bar even higher!

The trailer gives a brief intro of the lead characters of the movie. While Priyanka Chopra is shown as the chirpy girl, Hrithik Roshan lets his eyes do the talking! Oh man, the vengeance in his eyes gives you the goosebumps!  Sanjay Dutt as Kaancha is as deadly as he was in the first trailer!

And though Hrithik Roshan and Sanjay Dutt steal the show in this trailer, the background score acts as a catalyst!  The religious Hare Rama Hare Krishna mantra has definitely been composed keeping in mind the overall feel of the movie!