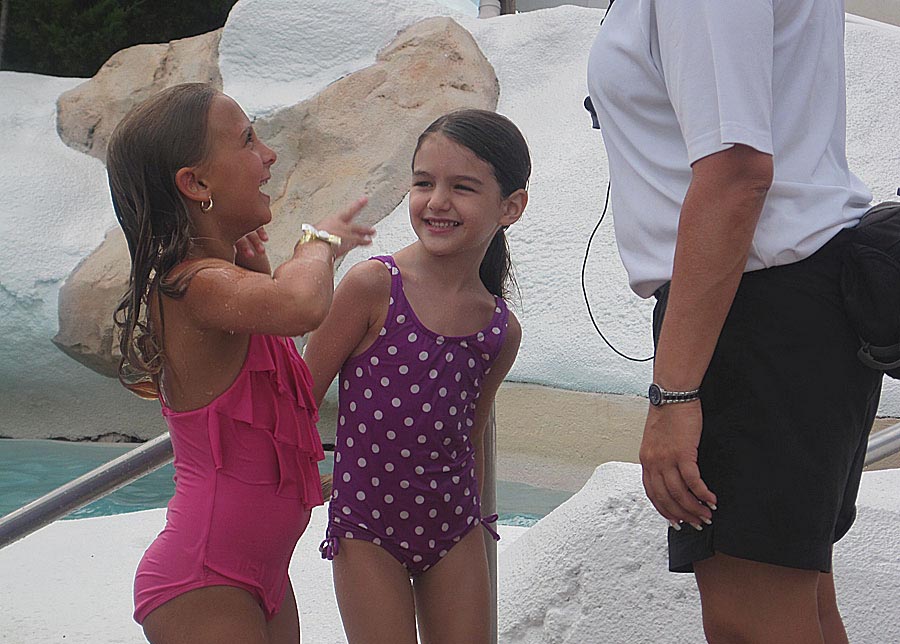 Despite going through a split from his wife of five years, Katie Holmes, Cruise couldn’t wipe the grin off his face and happily waved to fans while showing off his toned physique.

Cruise has been avoiding the divorce drama by spending some quality time with his little girl and whisked her off for a week at the “Happiest Place on Earth.”

The Rock of Ages actor was shocked when Holmes filed for divorce last month. However, they came to an amicable agreement soon after the split was announced with Holmes being awarded sole custody of their child.