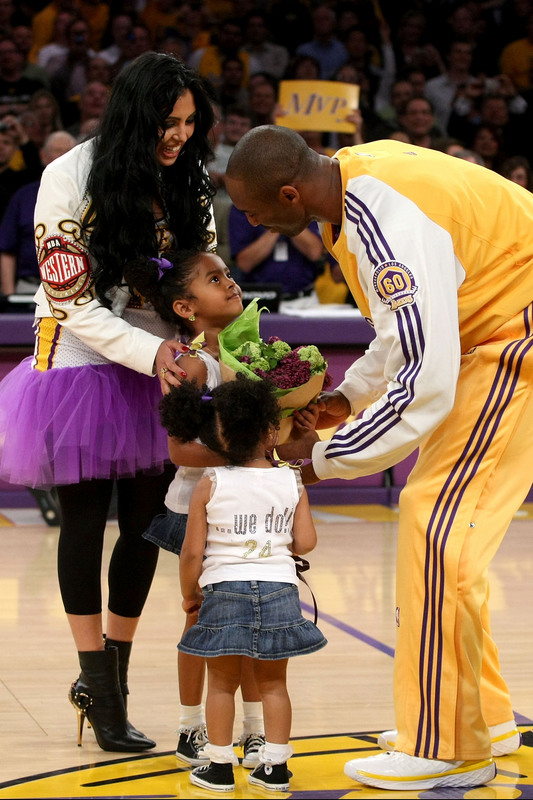 Vanessa Bryant, wife of the famous basketball player, Kobe Bryant is soon to receive half of the couple’s total assets, in a divorce settlement. According to Orange County Property records, all three family mansions, estimated to be worth $18.8 million in total and an additional $75 million will be awarded to her.

According to Vanessa’s mother, the reason for such a huge payout is due the fact that the couple didn’t have any prenuptial agreement in place already. The attorney’s for both of them, declined to comment, however, the couple released a joint statement saying, “The Bryants have resolved all issues incident to their divorce privately with the assistance of counsel and a judgment dissolving their marital status will be entered in 2012.”

The couple married in 2001, the marriage lasted for ten years, making Vanessa a mother of two kids, Natilia, eight and Gianna, five. Vanessa filed for divorce in December in the Orange County Superior Court citing “irreconcilable difference” while too many rumors were circulating about Kobe’s numerous extramarital affairs.