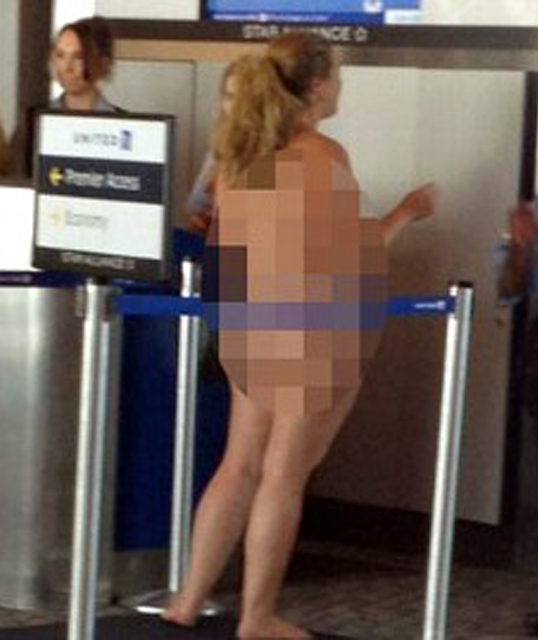 TMZ has published a photo of the still unidentified woman, who asked gate agents to reprint her boarding pass while in the buff, the website states.

Of the incident, a traveler who was at the scene told Fox 31 Denver, “Most were shocked…No one really noticed her at first because people were trying to get to their planes. Then everyone realized she was just standing there completely naked.”

The unidentified woman was apparently smoking in a non-smoking terminal, the Denver Channel reports, when she was asked to put out the cigarette. The woman then apparently stripped naked.

KDVR reports that it’s unclear why she stripped and if it was related to the smoking incident.

Denver police spokesman Sonny Jackson said that it appeared to be “some sort of breakdown,” but it had nothing to do with the ban, according to the Denver Channel.

The woman was not arrested, but instead taken to the hospital for evaluation.