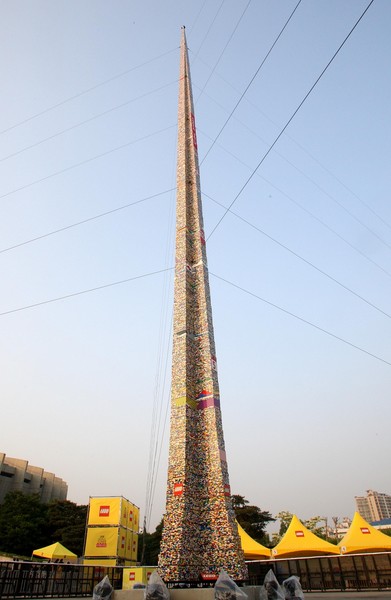 Over the weekend, in celebration of Lego’s 80th birthday, 4000 kids in Seoul, South Korea turned 50000 pieces into the tallest tower ever to be constructed using the toy blocks. The very first Lego tower was built in London in 1988, standing at just under 50 feet. Since then the record has been toppled more than 30 times.

The children’s most popular toy was invented by Danish carpenter Ole Kirk Christians, in 1920. He named his company Lego, from the Danish phrase ‘leg godt’, which means ‘play well’.