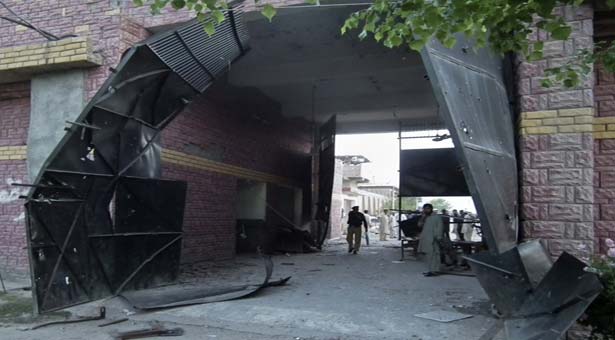 Interpol issued a global security alert on advising its members to increase their vigilance against attacks after a series of prison breaks in Iraq, Libya and Pakistan that the agency is investigating to determine if they were linked.

The Lyon, France-based Interpol said given that al-Qaeda was suspected to be involved in some of the incidents of jailbreak in nine countries, including Pakistan, it was asking its 190 member countries to watch out for information connected to the prison breaks, with an aim to determine whether they were coordinated and also locate the escaped prisoners.

On Friday, the United States issued a worldwide travel alert warning Americans that al-Qaeda may be planning attacks in August, particularly in the Middle East and North Africa.

The State Department travel alert was based on the same intelligence that prompted it to close 21 US embassies and consulates today (Sunday), chiefly those in the Muslim world, a US official told Reuters on condition of anonymity.

Britain said it would close its embassy in Yemen today (Sunday) and tomorrow (Monday).

“We are particularly concerned about the security situation in the final days of Ramazan and into Eid,” the Foreign Office said in a statement. France also plans to close its embassy in Yemen today (Sunday), a spokesman for the foreign ministry said.

A daring prison break earlier this week during which Pakistani Taliban insurgents freed about 250 of their colleagues was meant to convey that the group is a major threat to national security despite losing swaths of territory, havens and strategic conduits in the northwest tribal areas during military counterterrorist operations this year. Al Qaida activists with knowledge of the details of the raid said the Dera Ismail Khan prison in northwest Pakistan, reputedly one of the most secure in the country, was one of several high-profile targets that militants from the Taliban, whose formal name is Tehrik-e-Taliban Pakistan, had selected during a nationwide intelligence gathering operation between January and March.

The list was drawn up prior to a Taliban offer of peace talks extended to the right-of-center Pakistan Muslim League-Nawaz party during campaigning before the May general election that the PML-N won, the activists said. The party’s leader, Nawaz Sharif, had said during his campaign that he would attempt to negotiate an end to the Taliban insurgency, which has cost Pakistan 48,000 lives and about $60 billion. But the Taliban feared that once Sharif was prime minister he would withdraw the offer under pressure from the military and the United States. The planned series of attacks was intended to apply pressure so that he would not, the activists said.

Interpol issued a global security alert on Saturday advising its members to increase their vigilance against attacks after a series of prison breaks in Iraq, Libya and Pakistan that the agency is investigating to determine if they were linked.