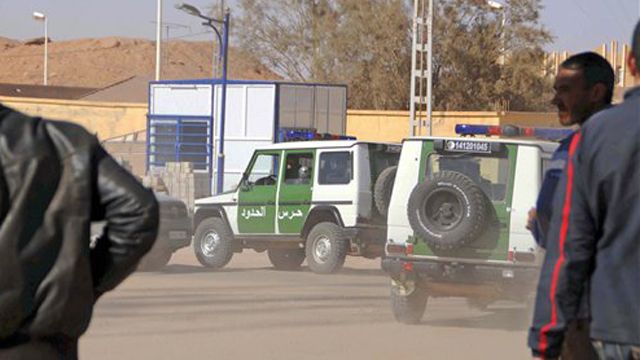 The Algerian government told Le Monde it had avoided a catastrophe, making it unclear what their definition of a catastrophe was. The Associated Press reported Sunday that numerous bodies, some burned or disfigured, had been found at the Algerian natural gas facility seized from terrorists. It was not possible to say whether the victims were foreign or local workers.

Al-Jazeera reported that security sources, who changed their story, said Sunday afternoon that five terrorists were captured. AFP said twelve corpses deposited at the morgue were Japanese killed on Wednesday, the day of the attack.

Even at 2 p.m. Sunday afternoon Algeria time the final death toll of hostages from a terrorrist attack deep in the Sahara was not known. More than 24 hours after a deadly special forces raid ended the al-Qaida led assault Algeria was being praised for its handling of the event.

But the intial death figure of 23 hostages and 32 terrorists had not been confirmed. The terrorists were said to have come from six countries. Officials still were not breaking down the number of foreign and local hostages killed. Nor was the number of Army victims disclosed.

“I fear that it may be revised upward,” Communications Minister Mohamed Said told public Channel 3 radio. An undetermined number of hostages was missing, possibly because some had escaped in the confusion. Still, in the remote location it was hard to believe the escapees would not have been found by Sunday afternoon in the trackless desert.

Because more than 20 nations had employees at the site, a quick count was not easy. Algerian forces stormed a machine shop where foreign hostages were being held at natural gas facility deep in the Sahara, and some hostages died, Al-Jazeera said.

“It is over now, the assault is over, and the military are inside the plant clearing it of mines,” a local source familiar with the operation told Reuters. The agency said two Americans were among those who survived the final assault. It quoted Algerian security sources as saying seven foreign hostages and 11 terrorists were killed in the assault. Fifteen burned bodies were found. The dead had to be identified and the area swept for mines and other booby traps.

French President Francois Hollande, whose troops are fighting al-Qaida in neighboring Mali, was quick to defend Algeria. He told journalists: “When you have people taken hostage in such large numbers by terrorists with such cold determination and ready to kill those hostages – as they did – Algeria has an approach which to me, as I see it, is the most appropriate because there could be no negotiation.”

Ruben Andrada, 49, a Filipino civil engineer, told Associated Press about events when terrorists tried to drive them away and army helicopters attacked: “When we left the compound, there was shooting all around. I closed my eyes. We were going around in the desert. To me, I left it all to fate.” He said an explosive cord had tied around his neck.

French hostage Alexandre Berceaux told ABC he was “still in shock” after being freed on Thursday. “I stayed hidden for almost 40 hours in my room, under the bed,” Berceaux told Europe 1 radio. “I’m alive. That’s the main thing.”

The Associated Press said one American, identified as Frederick Buttaccio of the Houston suburb of Katy, was among the dead. Britons, Japanese, French, Irish, Americans, Norwegians, Canadians and Filipinos were among those being held.

Algiers was criticized for launching an attack they said was necessary to keep the terrorists from driving the hostages into the desert. They had not informed the Western governments or Japan. As the death toll mounted, and it appeared the attack had failed to sure the giant facility, Algeria said it would try to end the struggle peacefully.

Some of the expatriates had disguised themselves and escaped when the terrorists sought to tie up all the foreigners and attach bombs to them. The event will make foreign companies think twice about working in the Maghreb. The International Energy Agency raised questions about the safety of workers in a region where al-Qaida was active.

There was no indication the terrorist-smuggler leader Moktar Belmoktar, known variously as the “Marlboro Man”, “the one-eyed man”, and the “uncatchable” was at the site. He often was not at the scene of his group’s actions, which had led to $250 million in ransom money. He likely was across the border in the badlands of lawless Libya, at least 60 miles away. Initially, the al-Qaida affiliated group said it attacked in revenge for the French incursion in Mali. But the Amenas area is at least 500 miles from Mali, and only 60 miles from the Libyan border. It was clear the attack had been planned long before the French incursion last week.