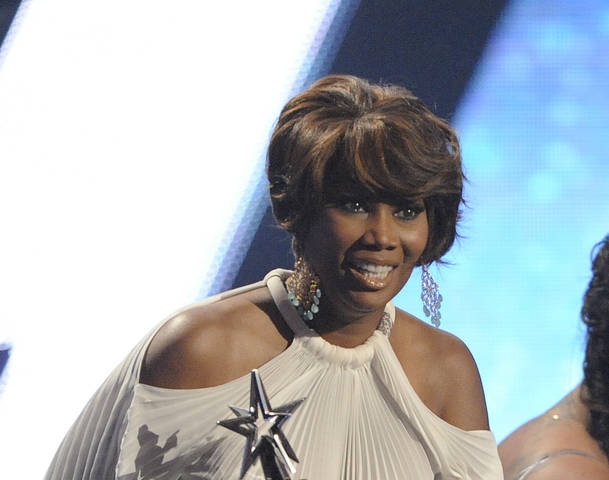 With emotional tributes and celebrities packing in powerful performances at the 2012 BET Awards on Sunday, it was a night to remember. The highlight of the show – Cissy Houston’s tribute to her late daughter – left celebrities, including Beyonce and Melanie Fiona, in tears.

But the four-hour show was defined by a barrage of bleeps as performances from Nicki Minaj to Rick Ross were bleeped out due to obscene language. After Kanye’s performance, which also came under the censorship axe, Samuel L. Jackson, who was hosting the show, was joined by Spike Lee on the stage, and they pulled off a funny version of Jay-Z and West’s hit song “In Paris”, having everyone in splits. “Two distinguished Morehouse men,” Lee joked after the performance, making a reference to both their alma mater.

Nicki Minaj had her third consecutive win as the Best Female Hip Hop Artist. Commenting on the win, Minaj said, “I really, really appreciate BET for keeping this category alive, and I appreciate all the female rappers doing their thing, past, present and future,” according to a report by New York Post. Yolanda Adams, who won the Best Gospel Artist, took the opportunity to comment on her fellow artists, telling them to act sensibly and responsibly as they were in a position to influence people and kids looked up to them. “We need all of y’all,” she said. “I’m saying the world needs everyone in this room. Please make sure that you use your gift responsibly, ’cause we’re watching. Our babies are watching, and they want to be like us.”

The night’s big honors went to West and Jay-Z, who won the Video of the Year for “Otis” and also won the Best Group. West was the leading nominee with seven awards, while Beyoncé came in second with six nominations. Beyoncé won the Video Director of the Year award, which she shared with Alan Ferguson, and Best Female R&B Artist award.

“I fell in love with music by listening to R&B. It’s the core of who I am,” Beyonce said in a gracious acceptance speech, giving special thanks to Lauryn Hill, Mary J. Blige and “Whitney Houston, my angel,” according to a report on Yahoo News.

ther winners included Chris Brown, who also had a double win; last year’s host of BET Awards Kevin Hart, who won the Best Actor; Big Sean, who won the Best New Artist and the duo behind the hit, “Lotus Flower Bomb”, Wale & Miguel, who won the Best Collaboration. The night was an emotional roller coaster with moments of silence for the deceased music greats and then power-packed performances, which kept the audience in high spirits.