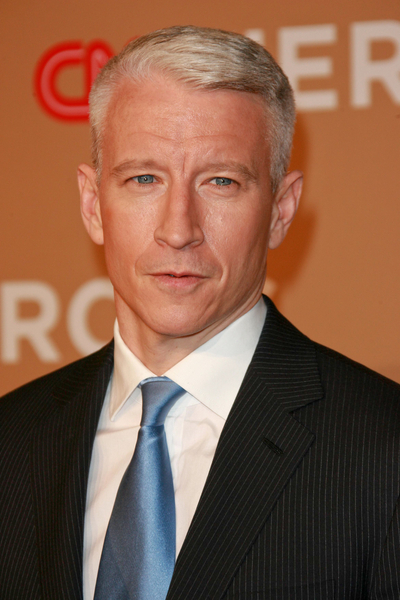 Anderson Cooper, host of CNN’s “AC 360,” has finally put speculation to rest by admitting he is gay. Before this revelation, there were widespread rumors about his sexuality, but the television host has never openly spoken about his personal life until now.

Cooper reportedly “came out” in an email to writer Andrew Sullivan, saying: “The fact is, I am gay always has been, always will be and I couldn’t be any more happy, comfortable with myself and proud.”

He wrote that his friends have always known about his sexuality, and he felt it a matter of principle to let the public know who he is as well, clarifying: “I’ve begun to consider whether the unintended outcome of maintaining my privacy outweighed personal and professional principle. It’s become clear to me that remaining silent on certain aspects of my personal life for so long, I have given some the mistaken impression that I am trying to hide something  that makes me uncomfortable, ashamed or even afraid. This is distressing because it is simply not true.”

Not many high profile figures “come out” with their sexuality because being gay or lesbian is still seen as a stigma in our society. We have religious folks preaching it is “a sin and an abomination to God;” we have political leaders saying practically the same thing in different words, writing legislation that blatantly discriminates yet succeeding in passing it as law; we have members of our community calling for the death of gay and lesbian individuals, sometimes carrying through with those threats; and we have those who say they are mental health professionals–like the husband of Minnesota Rep. Michele Bachmann, who runs a family clinic advocating “praying away the gay.”

Young people commit suicide because of this myopic and dangerous thinking, and many adults live figuratively in the closet, hiding who they really are. I applaud Cooper for standing up and openly living his truth, for this can positively impact others struggling to free themselves, especially out young.

A few high profile folks like comedian/talk show host Ellen DeGeneres, MSNBC host Rachel Maddow, CNN’s Don Lemmon, TV host Rosie O’Donnell and others have taken that step but there are many more “hiding” in fear. The sports and acting arenas do not have many who have made that move, but let’s hope our society grows up to become more mature, tolerant and accepting so we can all openly embrace and live our truth without shame, discrimination, reprisals or even worse, death.