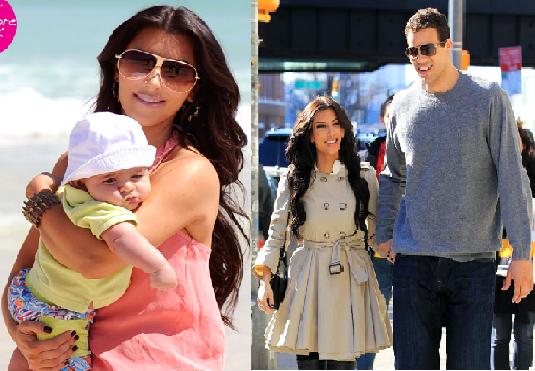 Kim Kardashian and Kris Humphries discuss whether or not to start a family, while her sister Kourtney Kardashian and her man Scott Disick talk about spicing up their relationship—and just what Scott’s been looking at on his computer. Kim starts off the episode contemplating starting a family. “Maybe it’s time to get off the pill and see what happens naturally,” she says. While at first apprehensive, Kourtney decides it would be nice for Mason to have a playmate.

Kim decides to talk to Kris about having kids and he’s open to the idea, telling her, “We can have our own cuter version of Mason.” Next up on Kim’s list of people to tell? Mom Kris Jenner who is not as thrilled by this news as Kim thought she would be. “You’re so not prepared,” Kris says, highlighting the fact that they don’t even know where they’re going to be living. Though both want to start trying to get pregnant, Kim and Kris butt heads over where to raise their child. Kris is dead-set on living in Minnesota, which Kim disagrees with it. “How am I going to have my career and live in Minnesota?” Kim says. Kris argues that your priorities have to change when you have kids. “By the time you have kids and they’re in school, no one will probably care about you, let’s be honest,” Kris says before walking away from the argument.

Later, when Kourtney volunteers Scott to accompany Kris to an early morning event, he’s hesitant. But it ends up being a great bonding experience for the two, as they air frustrations about the sleeping arrangements over lunch. Those two have come so far, haven’t they?