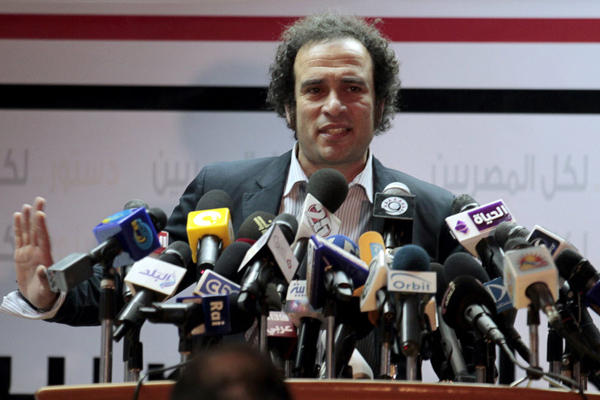 The final draft of the Egyptian constitution is supposed to be finished by today, according to a report. “We will start now and finish today, God willing,” Hossam el-Gheriyani, the assembly speaker, said at the start of a meeting of the constitutional assembly in Cairo. He said Thursday would be a “great day,” without elaborating, and requested members who had withdrawn from the body to return.

Speaking to Reuters, assembly members Younes Makhyoun and Salah Abdel Maboud, both Salafi Islamists, said a vote on the final draft was planned for Thursday. Amr Abdel Hadi, one of the few remaining liberal members, said the same.

A Muslim Brotherhood official who declined to be named also said a quick conclusion of the constitutional process could offer a way out of the crisis, because the decree would be overridden by the new constitution, according to a

It appears caution and deliberate construction of their country’s ruling document might not be given the careful consideration in favor of a “quick conclusion,” which could jeopardize establishing a framework for governance that is fair and just, encompassing the issues close to all Egyptians.

Constitution writing is neither quick nor easy. The US Constitution took 116 days to write. The Constitutional Convention wrote many drafts and many revisions. The convention began on May 25, 1787, and only when it adjourned on Sept. 17, 1787, was it signed. (Because all the states had to ratify it, the length of time for it to be initiated was actually longer.)

In March of this year, the Brookings Institute wrote some observations on the new constitution for Egypt since the document will have a lasting effect on Egyptian law, which is at the crux of uprisings and violence in response to President Mohamed Morsi’s decrees to assume far-ranging powers over the judiciary.

The transition from military to elected governance in Egypt has been far from smooth and is a case study in how not to initiate a constitution-writing process, according to the Brookings report last March. The Brookings website summarized the report as follows:

“At a time when the shortcomings of a mismanaged transition threaten to undermine the constitution-writing process, author Tamir Moustafa identifies the most important issues to be tackled by the country’s Constituent Assembly. Focusing on questions that range from the place of Islamic law to women’s rights to the role of the military, he offers recommendations on how each area should be addressed.

“The paper—the first to be published under the new Brookings Doha Center-Stanford Project on Arab Transitions—concludes that while constitution writing must be treated as an organic process, the international community should work to ensure that Egypt’s military does not entrench a role for itself in domestic governance.”

Those responsible for writing the Egyptian constitution need to be deliberate, but they also need to be thorough in their formulations to consider and include all the necessary protections and insurances of a democratic-based constitution. While political expediency is important because of the public outcry, drafting a durable document that can unite and encompass the guiding principles for all Egyptians should be the priority.