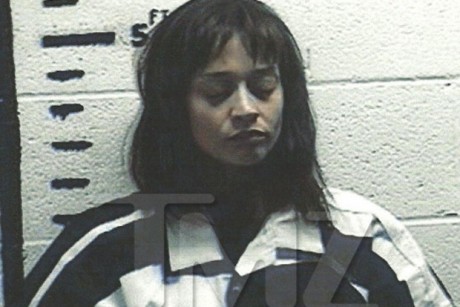 Just days after getting arrested at a border stop for hashish possession, singer-songwriter Fiona Apple hit the stage for a concert in Houston where she made quite the confusing statement.Now, most of the people were very nice to me. There are four of you out there, and I want you to know that I heard everything you did. I wrote it all down with your names and everything you did and said stupidly thinking that I couldn’t hear or see you. As the crowd cheered, the star went on to say she then ripped the paper up, but not before encoding it and getting two lock boxes, which she’s calling “holding cell one” and “holding cell two.” And she didn’t stop there.

I’m the only one who holds the key, and you and I will be intimate forever because I will hold that secret forever. Unless of course the celebrity that you had so much interest in but you wanted to accuse me of bringing up while you laughed at me all night?

Apple, 35, was apprehended with undisclosed amounts of hashish on her tour bus, and was being held at Hudspeth County Jail. Sierra Blanca is a census-designated place in Texas’ eastern county of Hudspeth, just north of the Mexican-American border. Her fans quickly took to Twitter with the hashtag “freefiona”. No guessing how they’ll react to this confusing apology of sorts.