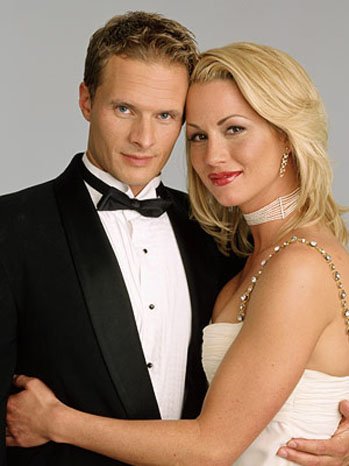 The U.S. Department of Justice on Friday dismissed a lawsuit against Fox Broadcasting and four Fox-owned TV stations over a 2003 episode of the show Married By America that featured strippers.

In a filing in federal court in Washington, D.C., the government did not reveal why it is dropping the suit, which related to four Fox-owned TV stations that refused to pay a fine for showing the sexy scene. However, the dismissal is believed to stem from a July Supreme Court decision that said the FCC did not give Fox stations “fair notice” before it took action for allowing expletives to air.

In a statement, Fox said its view, “has consistently been that the FCC’s fine had no foundation within the law, and we are grateful that the DOJ and FCC have now agreed with this position. In addition, we plan to urge the FCC to dismiss its underlying forfeiture order in this case, a move that will ensure that the Fox affiliates who paid the fine upfront do not unfairly suffer any negative consequences related to their broadcast licenses in the future.”

The Fox statement refers to TV stations affiliated with the network that did pay the fine of about $ 7,000 each for the 2003 broadcast. The network wants the FCC to insure that these affiliates experience no additional legal problems.

This latest move leaves open the question of how the Justice Department will handle other outstanding indecency cases in the wake of the June ruling by the Supreme Court, which found that the government did not police “fleeting expletives” correctly. The ruling hinged on procedural gaffes, which could leave the door open to re-file the case.

The FCC under chairman Julius Genachowski has not been as aggressive in going after TV stations for indecency as his predecessor. He said recently the FCC is reviewing its policy on the issue, including determining whether pursuing stations is the best use of government resources. The FCC has not brought a new indecency case since 2009, when President Obama took office.