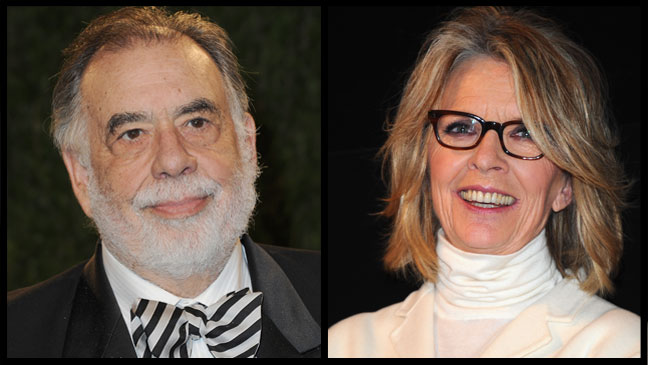 Francis Ford Coppola was standing Friday night inside a fake barn with real cows on a straw-covered tennis court in Beverly Hills describing the history of his family vineyards. Surrealist happening or Kubrick dream sequence?

Neither, this was the kick-off of the Los Angeles County Museum of Arts’ Collectors Committee weekend, a yearly event during which high-powered supporters gather to purchase museum curators’ dream acquisitions. Or as Steve Tisch said of his utterly fantastical affair at his house, one of the weekend’s benefit pre-parties, “It’s just another Friday night around here.”

As the prize bull in town, LACMA can pull some serious wake when it reaches out to its network of high-power collectors for support and a little shopping advice. The Collector’s Committee weekend starts with a round of dinners around Los Angeles on Friday, followed Saturday morning by presentations by curators on works they are passionate to acquire, and capped with a same-day dinner in which the committee makes it final determinations on what to purchase. In its 28th year as a key fund-raising effort for the museum, it’s a wise and well-run production — and the epitome of a win-win scenario. The museum generates much-needed income for acquisitions and the patrons get to fight for their favorite acquisition proposals amid a slathering of fine food and drink.

One of the sports world’s highest profile marriage equality champions, Tisch played host at his neo-Georgian mansion last year for one of the private Friday dinners. The New York Football Giants co-owner and Forrest Gump producer’s 2012 soiree, which recreated New York’s famed Rao’s restaurant, drew the interest of the local authorities due to noise complaints from the neighbors. This year, he went with a rustic theme, courtesy of event designer Ben Bourgeois. They truly went whole hog on this one.

Guests at Tisch’s event included Francis and Eleanor Coppola, Diane Keaton, Cheech Marin, LACMA board member Viveca Paulin-Ferrell, Elvis Mitchell, Andy Gordon, Wendy Stark, artist Mark Grotjahn, and LACMA director Michael Govan and wife Katherine Ross. The dinner was prepared by chefs Vinny Dotolo and Jon Shook of Animal and Son of a Gun. They prepared an incredible country feast featuring fried green tomatoes, chicken-fried sweetbreads and a smoked turkey leg with celery root, apple and white barbeque sauce.  Wine was provided by the Coppola’s revived Inglenook label. The great director and his brilliant French co-vintner Philippe Bascaules played celebrity sommeliers for the evening, sharing technical and personal anecdotes about each pouring.  Speaking about his devotion to reviving the Inglenook label, Coppola said “With Inglenook, we’re in it for the kids to have and for their kids to have and we’re only interested in the heritage.” This statement summed up the passion and commitment of Tisch and other patrons carrying the torch for LACMA.

Other dinners Friday night included gatherings at the home of Eva and Michael Chow with chef Yi Jia Qian, Mr. Chow and vintners Hi Sang Lee and Jae Chun, Dana Estates; a dinner with chef Christopher Kostow from The Restaurant at Meadowood and wines by Deborah and H. William Harlan, Harlan Estate at the home of Lyn and Norman Lear; and Bouchon and French Laundry chef Thomas Keller with Colgin Cellars wines at the home of Ann Colgin and Joe Wender; among others