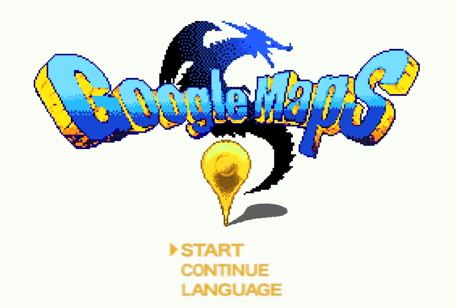 Google came up with a fun and exciting way to celebrate the April Fools’ Day and added a new “8-bit Quest Maps” feature to Google Maps, which has now become a talk of the tech town. Most people believe that Google Maps is exploring its next expansion into the Nintendo Entertainment System.

Users are currently searching for the new 8-bit Quest Maps feature online and it has become one of the most popular search terms, courtesy the word of mouth of who witnessed the application. Google also put up an interesting disclaimer, which reads, “Your system may not meet the requirements for 8-bit computations.”

All those who are wondering how to access the new 8-bit Quest Maps feature can read the below mentioned process.

All you have to do is use the normal Google Maps web app and click on the “Try it now” button on the left-hand menu. Once you click on it, you’ll get an interesting surprise from Google in terms of some changes in the view. Instead of the MapsGL-enhanced view of the world, you’ll see a changed interface, which looks more like something you must associate with Dwarf Fortress, or have seen in SimEarth. Don’t get perplexed, it’s just a silly little prank and you can totally perform the same functions in the older map view as you could in your normal Google Map.

The feature still has driving directions, but it gets slightly difficult to ascertain where the 8-bit roads lead to and if you zoom in, Google Maps will take you to the default Google Street View.

Google software engineer Tatsuo Nomura talked about this interesting consumer experiment in Google’s Lat Long blog. He said, “In our pursuit of new digital frontiers, we realized that we may have left behind a large number of users who couldn’t access Google Maps on their classic hardware. Surprisingly, the Nintendo Entertainment System (NES) was unsupported, despite its tremendous popularity with over 60 million units sold worldwide.”

He further said, “As the first NES cartridge to be released in nearly 18 years, we’re working hard to make Google Maps 8-bit for NES available in the Google Store as soon as possible. A mobile version for Game Boy is also under development.”