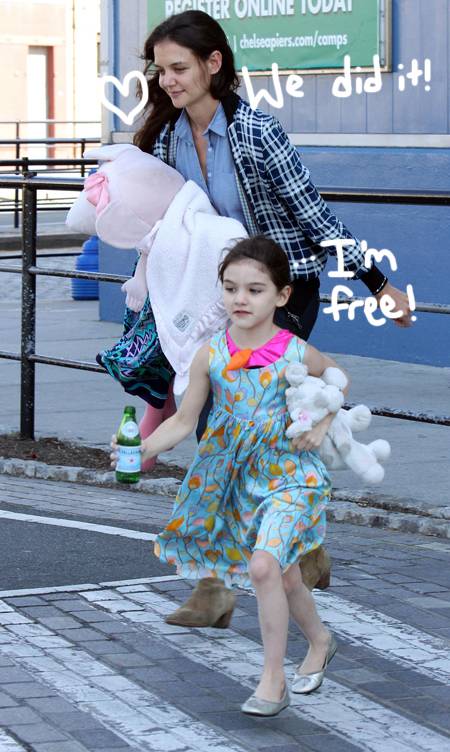 Tom Cruise and Holmes announced yesterday that they had arrived at a mutually agreeable divorce settlement, and while their lawyers are remaining mum on details, it’s being widely reported that Suri will live primarily with her mom and dad will be the visiting parent.

Katie Holmes started using disposable cell phone so as to keep her conversations with her lawyers private, according to the Los Angeles Times reported Tuesday.

If you Dont know Katie Holmes had already leased her own Manhattan apartment; where she and daughter Suri are now living—by the time news broke that she had filed for divorce from Cruise after five years.