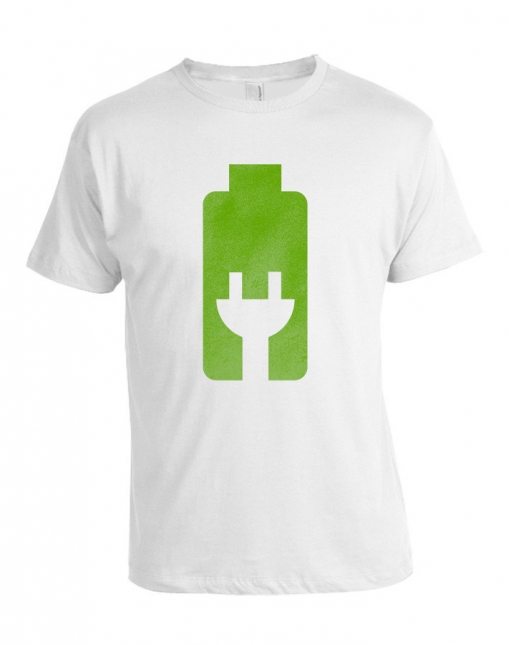 Scientists at the University of South Carolina have turned the t-shirt fabric into a ‘supercapacitor’. A way to use a cheap T-shirt to store electrical power.

Xiaodong Li, a professor of mechanical engineering at the university teamed up with post-doctorate researcher Lihong Bao to find a solution.

They used a T-shirt bought from a local discount store, which was soaked in a solution of fluoride, dried and then baked in an oxygen-free environment at high temperature. The fibres in the fabric converted from cellulose to activated carbon during the process, but the material remained flexible. By using small parts of the fabric as an electrode, the researchers showed that the material could be made to act as a capacitor.

Capacitors store an electrical charge and are components of nearly every electronic device on the market.

By coating the individual fibres of the carbonised fabric with manganese oxide just a nanometer thick, the electrode performance of the fabric was further enhanced. “This created a stable, high-performing supercapacitor,” said Prof Li.

The hybrid super-capacitors proved resilient – even after thousands of charge-discharge cycles their performance did not diminish more than 5%, the researchers said.

“By stacking these super-capacitors up, we should be able to charge portable electronic devices such as cell phones,” Prof Li added.

“We wear fabric every day. One day our cotton T-shirts could have more functions; for example, a flexible energy storage device that could charge your cell phone or your iPad.”