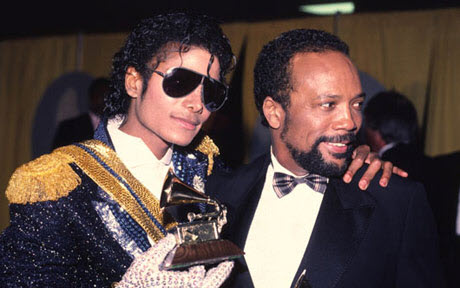 Quincy Jones, who co-produced Michael Jackson‘s biggest albums, including Thriller, has filed a $10 million lawsuit against the late pop icon’s estate, alleging that “clandestine arrangements” put in place have served to cheat him out of royalties he’s due for his contributions to Jackson’s earlier work.

Per court documents obtained by the Hollywood Reporter, Jones claims that the recordings he worked on have been edited and remixed in a way to deprive him of his deserved cut from projects like the This Is It soundtrack and the two current Cirque du Soleil shows that utilize Jackson’s music.

“Quincy has been frustrated with these matters for a number of years, felt he was not making any progress and needed to take more formal action,” his attorney, Henry Gradstein, told THR.

In suing for breach of contract, Jones is seeking at least $10 million in damages, a full accounting of what he may be owed and other unspecified compensation.

Jackson’s estate suffered another legal blow early this month when a jury found entertainment promoter AEG Live not liable in the singer’s 2009 death from an accidental propofol overdose—and therefore didn’t owe his beneficiaries a cent.