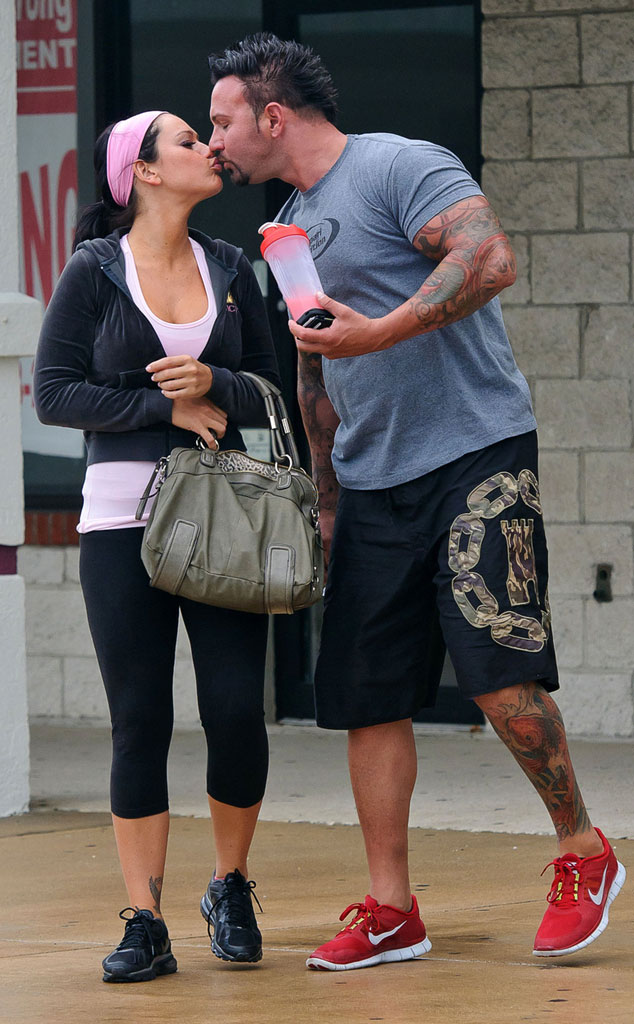 Snooki Said “I read just one passage and then I had to have S3X with Jionni,” the MTV reality star recently confessed to me.

And it seems like the couple can use all the help it can get. Snooki’s time on Dancing With the Stars has been hard on the couple’s S3X  life, because she’s been in L.A. for much of the time while her hubby is back East.

And even when they are together, it’s not as simple as Snooki would like. The two are parents to 13-month-old son Lorenzo.

“He gets up with Lorenzo in the morning and I have him at night,” she said. “When I’m ready, he’s sleeping and when he’s ready. I’m sleeping.”

S3x isn’t the only issue we’ll see in the third season of Snooki & JWoww (premiering tonight on MTV). JWoww and Roger go to couples therapy to work on JWoww’s anger issues.

“We got a middle man, someone who has nothing to do with the relationship,” JWoww explained. “He gives us tools and advice on becoming cool and collected, so I don’t kick in walls and doors.”