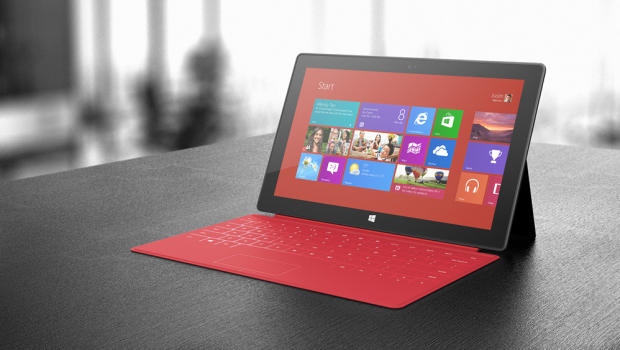 Microsoft’s Surface tablets were announced in June and the Surface for Windows RT unit went on sale last month. The pricing for the Windows 8 Pro version was recently revealed and the tablet will go on sale in January. Meanwhile, rumours concerning details of the company’s next range of Surface tablets are already emerging.

The first piece of information comes from MS_nerd, who tweeted the company was planning a Surface RT 2, with a slightly smaller display than the 10.6in Surface for Windows RT. The rumoured RT 2 could be powered by a Qualcomm chipset; the present RT has an Nvidia Tegra 3 chip featuring a quad-core processor.

In addition, the tweet also mentions a Surface Pro 2, with a slightly bigger display (11.6in) running on the yet-to-be-released AMD Accelerated Processing Unit (APU) Temash. The present model runs a third generation Intel Core i5 processor with Intel HD Graphics 4000. The Temash is the successor to AMD’s Hondo and both are tablet-specific APUs combining CPU cores and a GPU on the die. AMD has announced that prototypes based on the Temash APUs will demo during the Consumer Electronics Show (CES) 2013 and devices featuring the unit would be available later in the year. The final part of the tweet mentions a Surface Book, featuring a 14.6in display and Intel’s 22nm ‘Haswell’ chipset.

The Haswell is Intel’s successor to the present Ivy Bridge range of processors and was announced at its Developer Forum trade show in September. Laptops and desktops featuring the new processor are expected to be available early in 2013. The key difference between Haswell chips and the Ivy Bridge range is that the new chip is designed to draw 10W of power, whereas the Ivy Bridge draws 17W.  Assuming the rumour surrounding the new Surface tablets is true, expect to see these three machines some time next year.