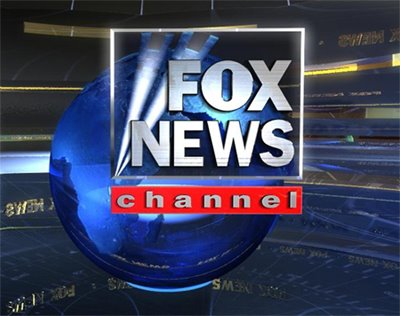 The New York Daily News is reporting that Fox News chief Roger Ailes has declared that Karl Rove is persona non gratis at the network. This edict has come down from on high as a result of Rove’s squandering of close to $400 million in fat-cat and corporate “donations” meant to ensure a Republican victory in last month’s presidential election.

In other developments at Fox, New York Magazine reports Dick Morris, another high-profile and go-to pundit at the channel, has also been relieved of duty at the “fair and balanced” operations center. Morris has been widely ridiculed for predicting a Romney “landslide” right before the election.

Rove exposed Fox’s vacuous intellectualism and tenuous relationship with reality on Election Night as he repeatedly refused to accept or believe Fox’s own prediction that Mitt Romney had lost Ohio. Host Megyn (“blond bombshell”) Kelly was literally forced to march through the bowels of the studio, find Fox’s own “war room” where the estimates and prognostications were being hatched, and then give the third degree to the team. Were they really sure that Obama took Ohio?

Later, still refusing to believe that Obama won fair and square, Rove said publicly that Obama owed his victory to his campaign’s “suppressing the vote.” This accusation was made with a straight face by a man who has been proven to have engineered the theft of hundreds of thousands of votes in at least two states over two presidential election cycles: Florida in 2000 and Ohio in 2004. There is also strong evidence that Rove tried to steal Ohio a second time in this election but was only thwarted by the computer hackers known as Anonymous. New York Magazine says that Ailes remains furious over Rove’s Election Night meltdown. For his part, Rove claims that he was only trying to keep the Romney campaign’s hopes alive.

As for Morris, the New York article put it this way: “(Morris’) Romney boosterism and reality-denying predictions became a punch line.” Morris had forecast a landslide victory for Romney.

Joe Gandelman at The Moderate Voice blog said Wednesday that Ailes was attempting to “restore” credibility to Fox News. (That assumes, of course, there was some credibility there in the first place). By silencing Rove and Morris, according to Gandelman, Ailes recognized that the tandem was “an important part of an echo chamber that seriously misled its viewers and, most likely, Team Romney as well.”

Could this be a signal that Fox News (or “F-news,” as my Allvoices.com colleague Veronica Roberts likes to call them) is about to make a course correction or sea change in their “reporting” processes? The answer is an obvious “no.” Ailes is not sorry that either of these two “gentlemen” were so terribly wrong in their punditry. He is sorry only because they got caught with their predictions, polls and pontifications down, and in the process made F-News look even more biased than it usually is.

And what about Messrs. Bill O’Reilly and Sean Hannity? They are just as bad, if not worse, than both Karl Rove and Dick Morris. They are all shills for the Republican Party, and so entirely anti-Obama as to make one wonder how anybody can believe anything they say about the president. Their every word, remark, comment, or “report” involving Obama is at least tinged with an undercurrent of racism, patriarchy, homophobia – take your pick.

And, finally, there is this: The people who regularly imbibe this bile of bias actually believe and accept these hustlers as credible purveyors of information, knowledge and “news.”

So when their heroes’ solemn predictions fail to come true, when their rock solid “research” is revealed to be little more than “gut feelings,” then F-News’ viewers feel lost and abandoned in a sea of evil “libruls” who have taken “their” country from them. And, now, without Rove and Morris on Fox, and with Bill O’Reilly and Sean Hannity hopefully leaving next, there is no one to tell them how to get it back — or even more pathetically, what or how to think.

And for those who never tire of the “false equivalency” argument…you know, “well, MSNBC’s Rachel Maddow, Ed Schultz, etc., do it, too,” puleeze. Yes, it is true that Maddow and Schultz are obvious “liberals,” even “progressives.” But they do not proselytize on the air. They admit their bias upfront. They do not demand that theirs is the only way to look at the world. They do not put out blatant lies and misinformation in order to convince or persuade anybody to do anything. They simply tell the truth as they see it.

Meanwhile, posing as “objective,” “fair and balanced” researchers and reporters, Rove, Morris, Hannity and O’Reilly blur the lines been truth and falsehood, reality and unreality, so markedly that it is impossible to know when they are lying and when they are telling the truth.