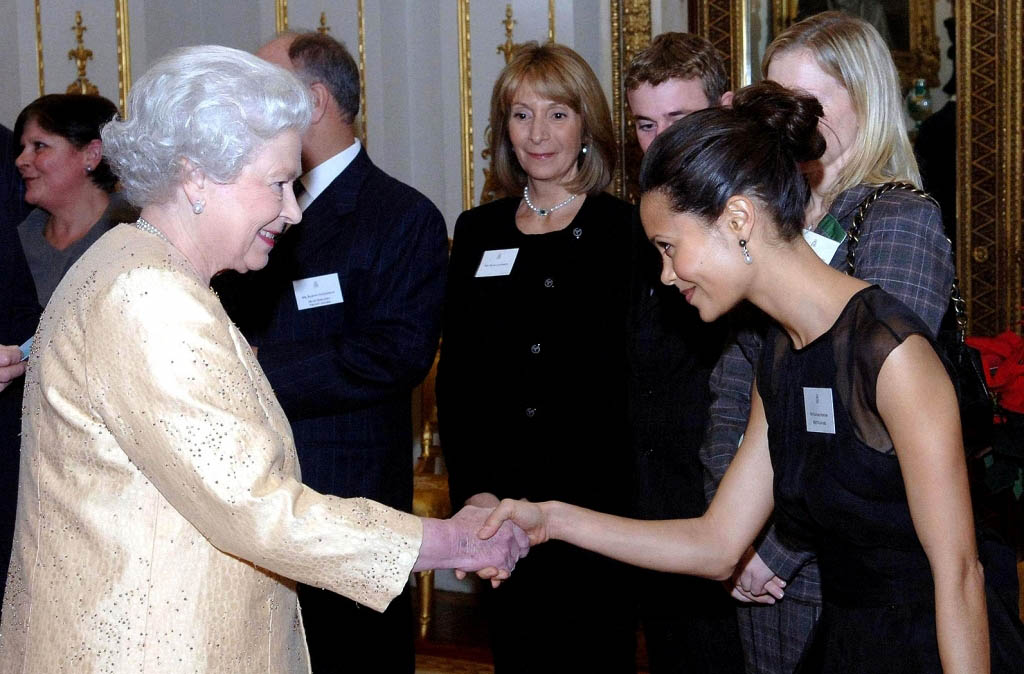 Queen Elizabeth celebrates 60 years of her reign over England.

The ceremony to celebrate this momentous occasion is known as the Diamond Jubilee, which has much significance this time around since there has only been one other Diamond Jubilee celebration.

In 1897, Queen Elizabeth’s great-great grandmother, Queen Victoria, had the honor of this achievement. While there are many perks to being the Queen, over the last 60 years, Prince William and Prince Harry‘s 86-year-old grandmother has had the opportunity to meet a whole slew of celebrities.

From pop stars such as Madonna, Miley Cyrus and Lady Gaga, to British stars including Twilight‘s Michael Sheen and Helena Bonham Carter , check out the slew of stars who’ve had the honor of meeting the Queen.