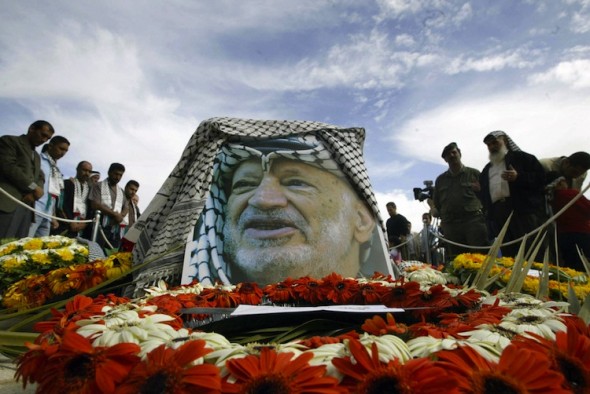 Was Yasser Arafat poisoned by Polonium-210? His death has remained a mystery for many, and for quite some time there has been floating conspiracy theories that he had cancer, Aids or was poisoned.  Bowing to the long-time claims made by Palestinian officials that Arafat was poisoned by Israel and French authorities, a decision has been made to exhume the body of iconic Palestinian leader.

Arafat passed away in November 2004, at a military hospital in Paris, a month after suddenly falling sick. While his medical records state the cause of death due to stroke induced by blood disorder, but detection of traces of polonium-210 on Arafat’s clothing forced the French authorities to initiate an inquiry which remained inconclusive.

On Tuesday, Swiss, French and Russian experts will take samples from Arafat’s bones to begin fresh investigations. According to Tawfik Tirawi, who heads the investigating team, Arafat’s body will be exhumed and buried the same day with state honors. However, Palestinians will be barred from witnessing the proceedings as select officials will perform the investigations inside closed doors.

The decision to reinvestigate the causes of Arafat’s death after his widow handed over his clothes to the Al-Jazeera news agency, which then passed the clothes with traces of Polonium-210 to a Swiss lab for testing. Supporting the conspiracy theories behind the cause of Arafat’s death, many in the Arab world believe that Arafat was eliminated by Israel as his presence was an obstacle to peace. Israel, on the other hand has rubbished such charged.

It is not clear whether the exhumation of the departed Palestinian leader would solve the mystery behind his death. There are conflicting opinions and experts are divided on the premise whether the remaining traces of polonium would be sufficient for testing since Polonium-210 might have decomposed by now.