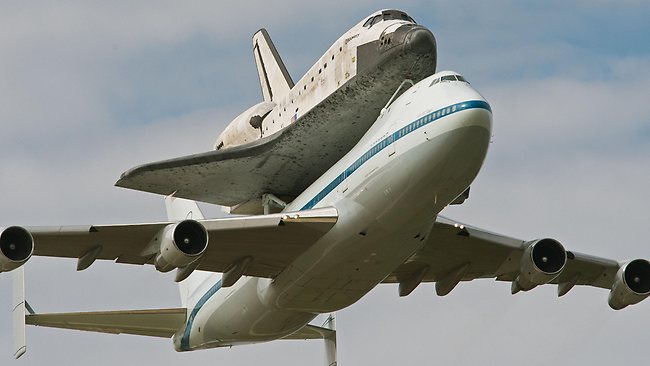 Exciting history is in the making as I type. The Shuttle Discovery is on it’s way to Washington DC from Florida on the back of a giant Boeing 747.

The fleet leader Discovery is being transported to the Smithonian National Air and Space Museum, where it will spend its retirement after an impressive 148 million miles of travel including 39 orbital missions.

According to the Science Monior, Discovery will take the place of another veteran, Enterprise, which in turn will go to New York. Endeavor will go to Los Angeles and Atlantis will remain at Kennedy.

The Shuttle is at this very moment flying over the Washington Mall and spectators are excitedly straining their eyes skyward, anxiously awaiting its arrival.