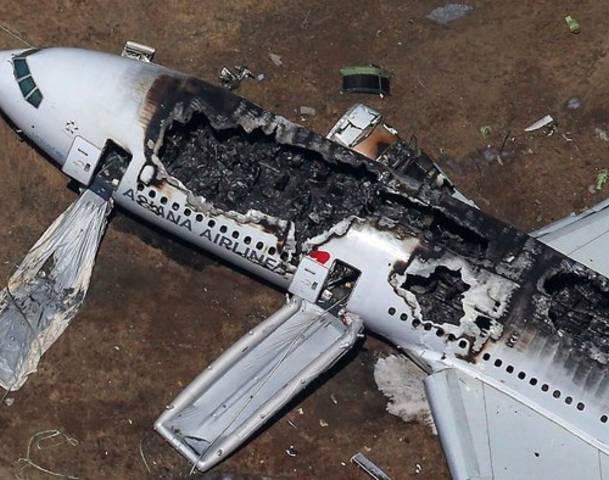 The National Transportation Safey Board says the Asiana 777 jet that crashed at the end of the San Francisco runway was flying too slow. Stall warnings were issued moments before it crashed, the Los Angeles Times reported. Deborah Hersman, chairwoman of the NTSD, said the flight data recorder indicated the plane was flying below its “target airspeed.” She said a crew member called for the speed to be increased seven seconds before the crash.

The flight crew apparently recognized the peril and requested a “go round” 1.5 seconds before the crash. A go round is when an aircraft chooses not to land, in some cases even after it has touched the ground. Aircrafts have to maintain their target airspeed to avoid stalling and falling to earth.

In 2009, the failure of an Air France Airbus flight crew to recognize stall signals led to the crash of a flight from Rio de Janiero to Paris and the deaths of all 288 board. The Asiana crash resulted in at least two deaths,and dozens of injuries, said Fire Chief Joanne Hayes White. The dead were identified as two 16-year-old Chinese students. Asiana Airlines identified the two students as Ye Meng Yuan and Wang Lin Jia, on their way with dozens of other Chinese students to summer camps, the New York Times reported.

The two were part of a student group from Jiangshan Middle School in China’s eastern Zhejiang province, Xinhua reported. Dale Carnes, assistant deputy chief, told the Times that 49 were initially taken to area hospitals, and 132 were later taken. A total of 123 were unhurt. Both flight data recorders have been recovered, the National Transportation Safety Board said, according to CNN.

“So far, we don’t believe that there was anything wrong with the B777-200 or its engine,” airline president Yoon Young-do told the Times. Parts of the airport became triage centers while relatives swarmed the area looking for loved ones, the San Francisco Chronicle reported. The BBC said the cause of the crash of flight 214 from Seoul was unclear. It may have landed early and hit the airport seawall. The Los Angeles Times said there were no indications of mechanical failures, and investigators were looking into whether it hit the seawall.

There were 291 passengers and 16 crew on board, Asiana said. The airline said nationalities on board included 141 Chinese, 77 South Koreans and 61 US citizens. Film showed one engine and the tail fin appeared to have broken away from the main wreckage.

Passenger David Eun tweeted a picture of people jumping out of the plane’s emergency inflatable slides. He tweeted, “I just crash landed at SFO. Tail ripped off. Most everyone seems fine. I’m ok. Surreal …”

Passenger Benjamin Levy told television station KNTV, “we were approaching perfectly well, except that we were too low, too soon. … And so when the pilot realized it, he put some more gas to try to correct and lift up the plane again, but it was too late.

“So we hit the runway pretty bad, and then we started going back up in the air again and then landed again pretty hard,” Levy said. Reuters says Asiana is trying to clean up safety record that include two crashes Weather conditions were good, and the 777 has a good safety record.