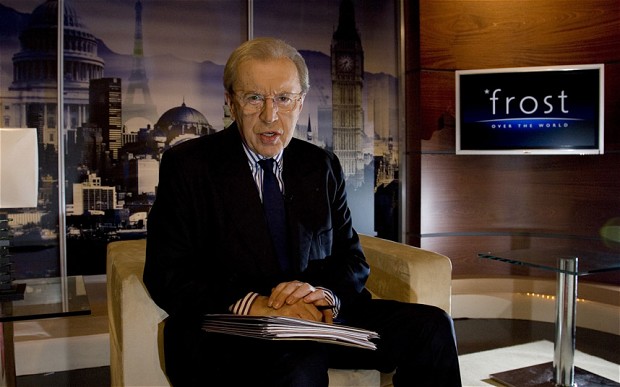 Sir David Frost has died at the age of 74 after a suspected heart attack while on board a cruise ship. A family statement said he had been giving a speech aboard the Queen Elizabeth on Saturday night.

Sir David’s career spanned journalism, comedy writing and daytime television presenting, including The Frost Report. Internationally, he will be remembered for his revealing interviews with former US President Richard Nixon. Prime Minister David Cameron said: “Sir David was an extraordinary man, with charm, wit, talent, intelligence and warmth in equal measure.He made a huge impact on television and politics.”