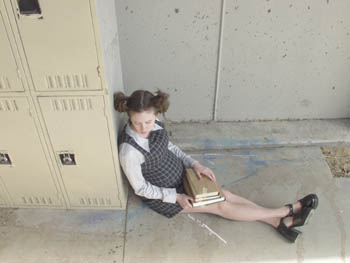 A 15-year-old girl 8th grader was reportedly forced to tell the entire school of her pregnancy. School administrators did this after they had already kicked her out of school for getting pregnant. However, they had to re-admit her for it was illegal to throw her out in the first place. Schools that get Federal funding cannot expel students because they get pregnant.

This cruel and unusual punishment!

The New Mexico student, Shantelle Hicks who attended the Wingate Elementary School, was grudgingly let back into school only to be subjected to another humiliating ordeal. The teen was reportedly forced to get up in front of a school assembly and declare her pregnancy.

The American Civil Liberties Union (ACLU) has come to Hicks defense and is suing the school district for what they say was a violation of the teen’s Constitutional Rights.