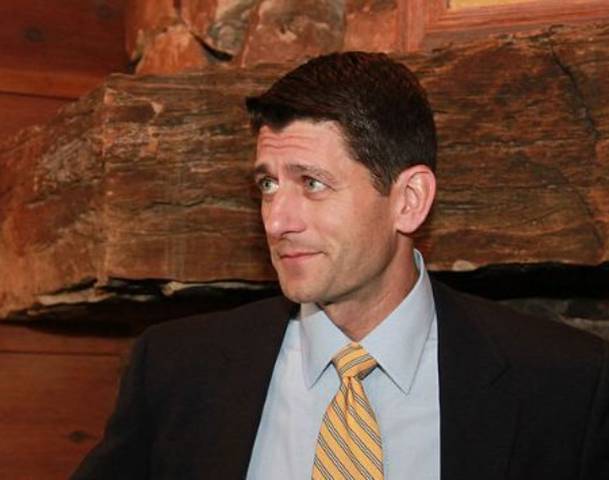 Rep. Paul Ryan (R-Wis.), who kept a low profile regarding fiscal cliff negotiations, is emerging as a pragmatic voice on debt discussions. At a private policy retreat held this week for House Republicans he advised the debt ceiling be raised for the short-term. ABC News quoted Ryan saying, “We’re discussing the possible virtue of a short-term debt limit extension so that we have a better chance of getting the Senate and the White House involved in discussions in March.”

He added the goal is “a two-way discussion between Democrats and Republicans and, out of that, hopefully, some progress being made on getting this deficit and debt under control.” He also acknowledged the political reality in Washington. Republican control of one of two legislative chambers does not enable it to set policy, especially with a re-elected Democratic president.

In short, the GOP is in the minority. Yet there is an obligation to make progress “to prevent our constituents, the country, from having a debt crisis, which will hurt our economy, will hurt job creation.”

The former GOP vice presidential nominee indicated his Republican colleagues cannot play a game of brinksmanship. Hence, rank-and-file members were informed of the consequences if the nation defaults on its financial obligations. In his comments to reporters, Ryan made it clear the GOP cannot deliver less than it promises, or promise more than it can realistically do.

The strategy moving forward must be realistic, pragmatic, and reasonable in light of the budget situation, political environment, and ongoing national recession. If Ryan’s approach is embraced, it could help the GOP retain control of the US House of Representatives.

Yet there is a fundamental piece still necessary. Americans from all parts of the country and every political and ideological affiliation need to perceive Ryan’s approach as somewhat fair and balanced. It may require publicly confronting Tea Partiers affiliated with the GOP whose scorched earth policy has contributed to Washington gridlock.

In addition, Americans shouldn’t have to see a plan solely through a partisan prism. Humility would well serve leaders of both parties as the debt and deficit is debated. It’s always puzzling, at least for me, to hear House Speaker John Boehner (R-Ohio) speak about what the American people want. It’s equally odd to hear Harry Reid (D-Nev.) do it. The majority of Americans didn’t vote for them and if either ran for national office it’s not likely they’d succeed.

The need for reduced spending in an economy not generating enough government revenue shouldn’t be a difficult sell. Most families and individuals face pressures of meeting a household budget ranging from rent, mortgages, car payments, and more. Assuming Ryan will be successful in getting buy-in from his Republican colleagues, he’ll still need a crisp, simple, and direct means to articulate it to all Americans without talking at them, as Reid and Boehner all too often do, regarding what they want and should believe in.